“We need to make sure that airport workers across the country are getting the wages and benefits that we work hard for." 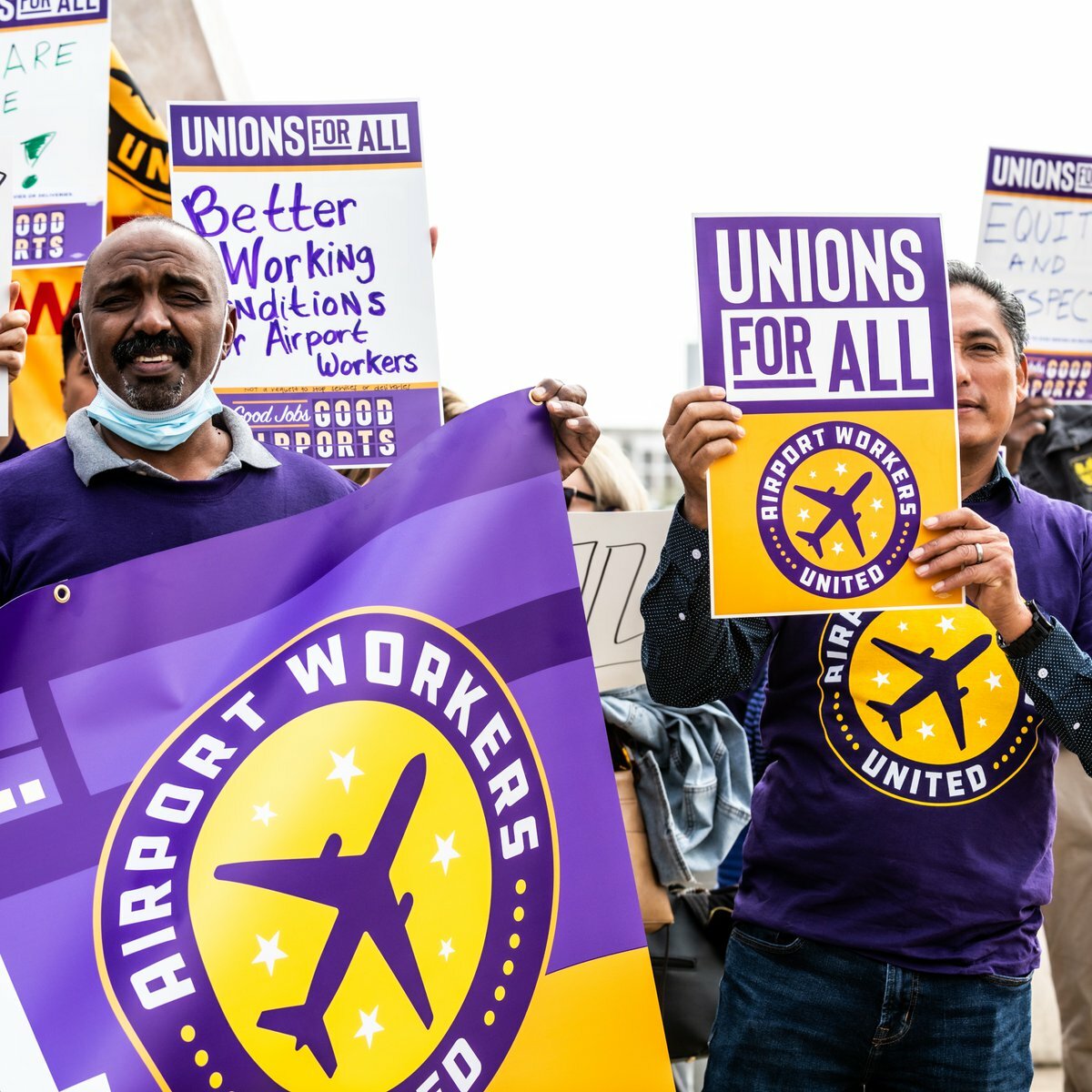 On Thursday, May 12, a large group of airport workers from across the country – and a few from around the world – joined together for a rally to bring their demands to be respected, protected and paid living wages to members of Congress and leaders in Washington, D.C.

The rally cames on the heels of the nationwide action on March 30, when airport workers at airports from Charlotte to Dallas to Los Angeles and more, called on airlines and their CEOs to step up and make sure that all airport jobs are good, union jobs that pay living wages and provide healthcare and benefits. The airlines have yet to do so.

“We need to make sure that airport workers across the country are getting the wages and benefits that we work hard for. No airport could run without us, the security guards, the cabin cleaners, the luggage handlers, and so many more underappreciated jobs that make airline travel happen,” said Walter Thomas, a security guard at Philadelphia International Airport, and who emceed the rally.