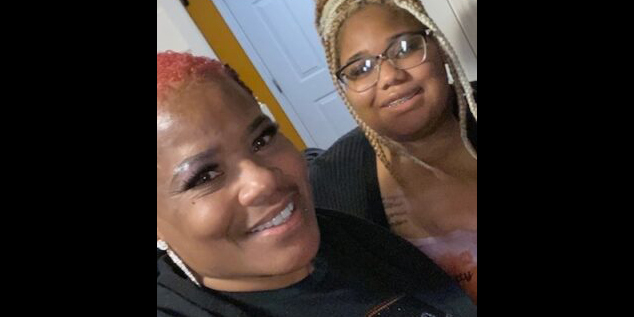 Beverly Laniece Owens’s two daughters, ages 24 and 20, are getting college degrees and first jobs, and they have plans to be roommates this fall. That kind of stability wasn’t Beverly’s reality when she was their age. In her 20s she was struggling with the sudden death of her mother by “dipping and dapping” in crack cocaine and abusive relationships.

It wasn’t until age 32—homeless, pregnant with her first child, and the victim of a horrific stabbing—that Beverly embraced her father’s support and turned her life around.

Today, in her same Cleveland, Ohio hometown, Beverly is a 23-year employee of Cuyahoga Community College’s Registrar Office with a master’s degree in Human Resource Management and a decade of leadership in her SEIU 1199 labor union.

She recently helped to host President Joe Biden who visited the Tri-C campus in May to lay out his economic vision (now that the pandemic is in retreat and America is emerging into the light), a vision that commits to putting power back in the hands of workers—strengthening unions, raising the minimum wage to $15/hour, and ensuring that nobody gets left behind.

As an SEIU 1199 executive board leader helping to steward over 200 full-time Tri-C employees, Beverly also makes sure that nobody gets left behind—tirelessly ensuring that their bargaining unit’s contract language is correctly interpreted and fighting back against unit erosion/against work of the unit from being contracted out.

Such fights are the fight for worker stability, something Beverly doesn’t take for granted. It’s that stability that she built for herself ... that now carries her two daughters forward.