We can't afford to have it any other way. 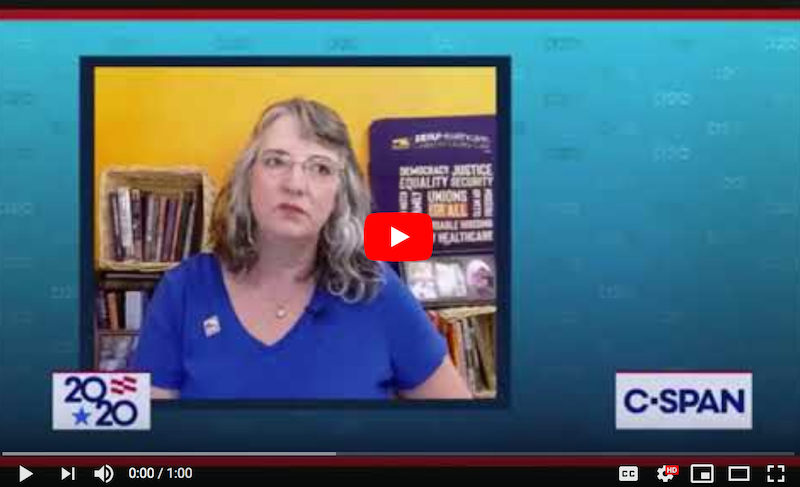 Workers united in SEIU and the Fight for $15 and a Union worked together tirelessly over the past year, ahead of the 2020 presidential election, to lift their voices and fight hard for justice in our workplaces, communities and democracy. Together, we demanded the right for all workers—regardless of job, race or zip code—to join together in a union. This week, at the Democratic National Convention, that work will be on display. We raised our voices and they heard us.

Over the few last years, we have worked to put our issues on the map and demand that they’re addressed at the federal level. We pushed for a $15 an hour minimum wage, which passed the House. We held forums and town halls with candidates. We called on candidates to walk-a-day in our shoes — both Sen. Harris and Vice President Biden agreed. At SEIU's #UnionsForAll Summit last October—which brought together nearly all of the Democratic presidential hopefuls at that time, including Senator Harris and Vice President Biden, and which centered around the demand to throw open the doors for every working person to have the opportunity to join a union— we called on presidential candidates to show up on labor and worker issues with more depth and sharpness than ever before.

All told, we held and attended more than 150 events with the majority of presidential candidates in more than twenty states. We demanded that corporations and the government protect all workers and immigrants in light of the pandemic and rose up to #StrikeForBlackLives in the face of structural racism.

Now, as it’s even clearer than before that we are essential and our labor keeps our country running, 2020 creates a unique opportunity for worker voices to be placed firmly front and center this election.

We know that when we speak up, Senator Harris and Vice President Biden will fight alongside us. That’s why we’re proud to have a member speaking tonight at the DNC and why we’re continuing to mobilize to make sure Joe Biden is elected president this November.