Honoring the 30th anniversary of Justice For Janitors 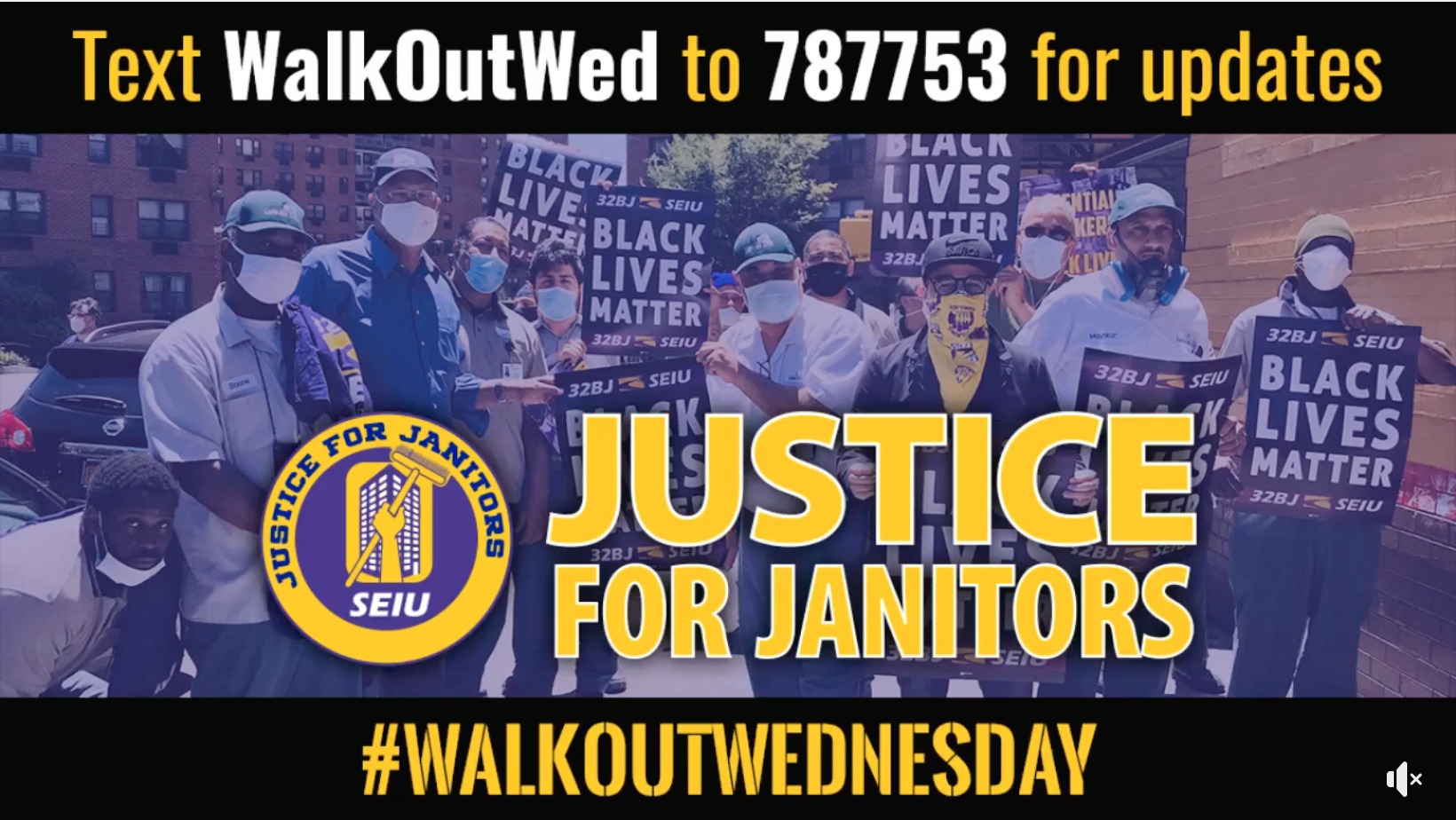 Tune in as SEIU International President Mary Kay Henry and cleaners from across the country and the Netherlands talk about their experiences as essential workers and their support for Black Lives Matter.

Monday June 15th was the 30th National Justice for Janitors Day, and this Friday June 19th is Juneteenth—two days closely connected to the fights for economic and racial justice.

#WalkoutWednesday participant Rosa Ayala was one of the immigrant janitors who birthed the entire Justice for Janitors movement 30 years ago. She and some 400 other non-union janitors walked off the job in Los Angeles on June 15, 1990 demanding the right to join a union so they could collectively fight for things like living wages.

Although they were peacefully protesting, they endured police brutality. The injustice was thankfully caught on camera by the press and the janitors soon won their union. "What gives me hope," she said today, speaking of Black Lives Matter protests, "is Black and brown and people of color and white people in solidarity."

Hear too from Sandra Ellington, who has been a janitor for over 20 years in Cleveland where she was born and raised and where she and her husband are proudly raising their three kids. She spoke of these last few weeks as being very hard. Stuck in her head as a mother: George Floyd’s last words calling for his mom. She has been thinking about her own son, wanting him to be safe and seen for what he is: a human being.

But she knows that when people keep coming together for justice, they win justice. Like Rosa, she too has been heartened by seeing people from all backgrounds uniting at these protests, truly fed up with a structure that treats Black men and women as disposable.

She recently saw that same power at work when she and her fellow union members banded together—and won—proper PPE for themselves as essential workers. It was a battle they couldn’t afford to lose.

Listen as well to Lee Moore, who lost his father in 1974. Lee Edward Moore was killed by the police in Milwaukee and his case was never solved. One way his namesake shows up in the movement and makes a significant difference today: by telling the movement's future—his kids, the kids in his neighborhood, and the kids at his school where he works as a custodian: "Nobody is better than you, take pride in yourself. We’re all here together and just as equal as anyone else. Treat people exactly how you want to be treated.”