Last year I told my story of LGBTQ discrimination on the job to the Supreme Court. Today the Court ruled in our favor! 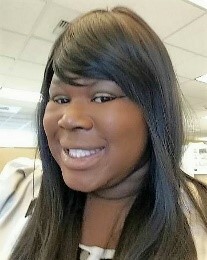 My name is Jamila Culcleasure, and I am a security officer and SEIU Local 6 member in Seattle, Washington. In my profession, males outnumber females 4 to 1.  My female coworkers and I often faced homophobic slurs, derogatory taunts, and bullying on the job.  That’s why last year the story of my experiences was submitted to the U.S. Supreme Court as they decided whether civil rights law protects people from being discriminated against because they are gay, lesbian, bisexual or transgender – or if someone thinks they are, whether or not that perception is accurate.

Today the Court ruled in our favor.

But our work is not over.

My SEIU brothers and sisters will never stop fighting to protect workers from discrimination  based on gender,  sexual preference, or gender identity.  We will continue to fight for union contracts and state & federal laws that protect working people in areas where the system currently fails them- whether that means fighting for livable wages, safe work environments, anti-racism measures, or additional protections for LGBTQ workers.