During a time when its more important than ever, these workers were able to win paid sick days in their new union contract 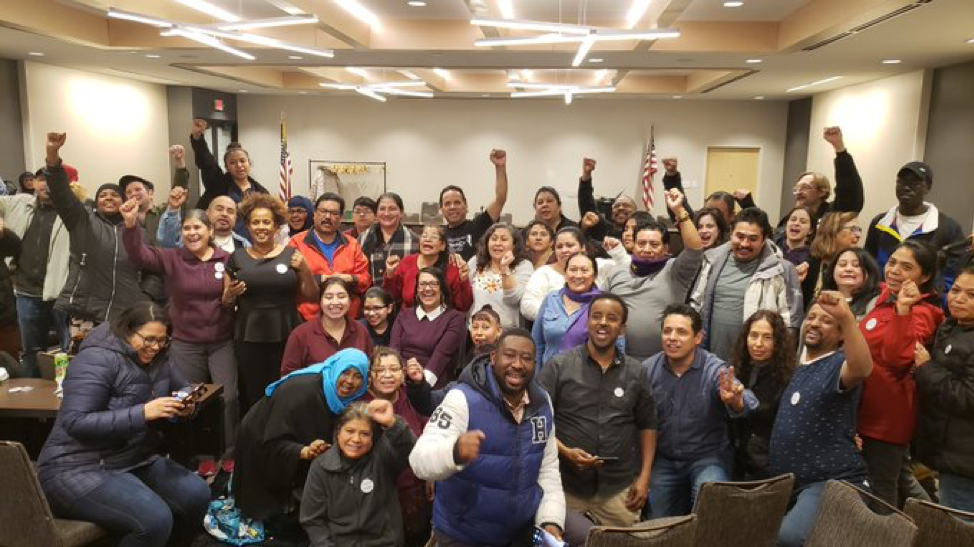 After months of stalled negotiations by employers and rallying, marching and striking by cleaners, 4,000 commercial janitors just won a four-year union contract and averted an open-ended strike that was set to begin days later.

The new union contract includes big wins with pay raises of $2.20 over the course of the contract for full-time workers and some part-time workers winning raises from $11.12 to $16 over the four-year deal.

Janitors won funding for an important and significant new green education program for all cleaners. The union contract also reduces the cost of health insurance for individuals and families, and includes new sexual harassment policies. In addition, full time workers won six paid days off, which kicks in the second year of the contract.

“I am so proud we stuck together and won these important gains. Because we went on strike….we were able to win the largest wage increases we’ve seen for janitors, an increase in sick days and the exciting green education program,” said Elia Starkweather, a downtown janitor. “Our campaign slogan was ‘Fighting Today for a Better Tomorrow,’ and I believe because we were so united we really were able to win an agreement that will build a better tomorrow for thousands of janitors, our families and our planet.”

Read more in the Star-Tribune and Associated Press.