SEIU Local 1107 member shows presidential candidate Beto O'Rourke the importance of Fight for $15, Unions for All 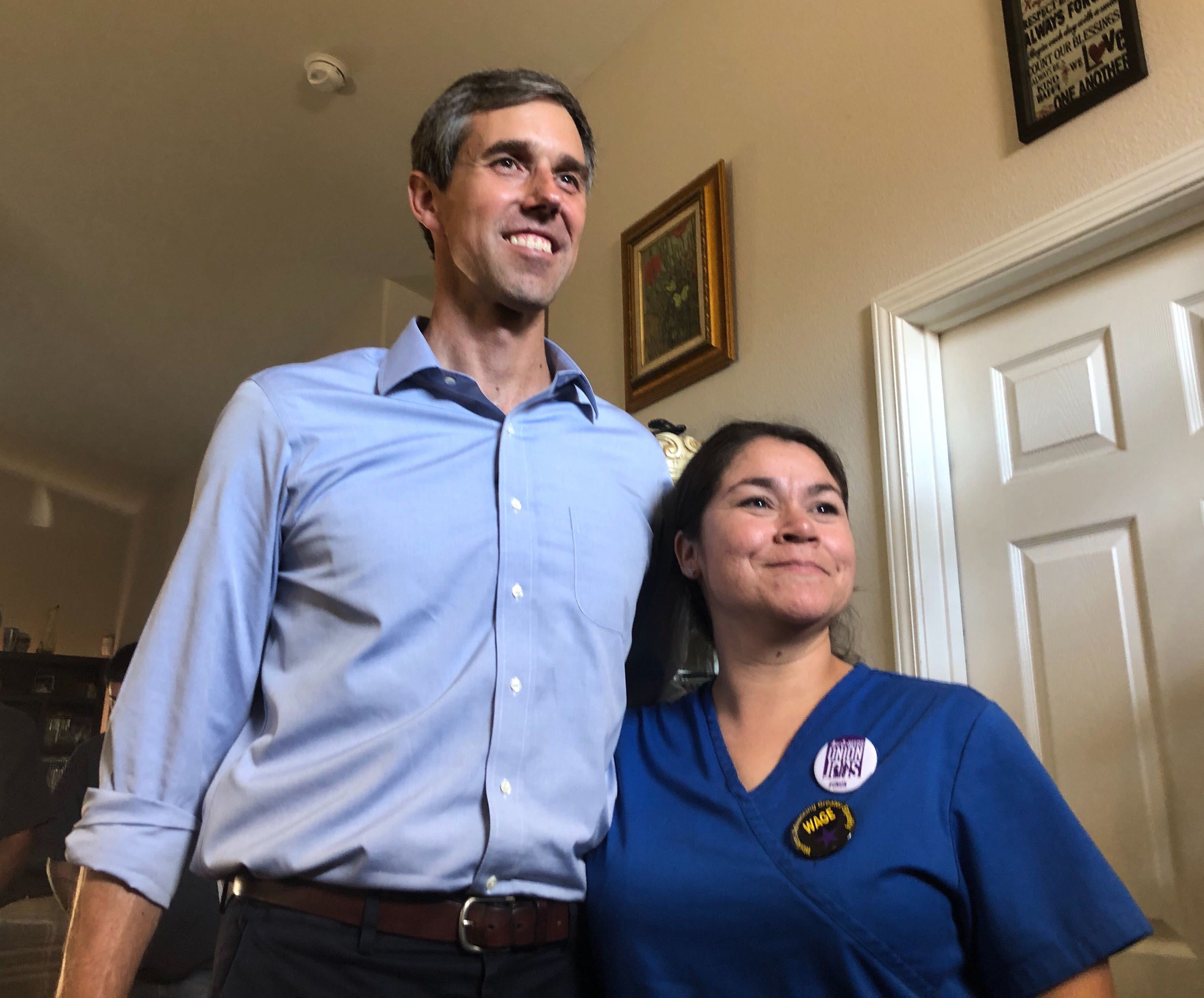 April Perales wants elected officials to understand what it’s like to be a working person in America.

As a home care worker in Las Vegas, April spends long days providing essential care to seniors and people with disabilities. Making only $11 an hour caring for several clients throughout the week, April must work other jobs to help support her family. Her demanding schedule makes it difficult to spend time with her four children. She often feels burnt out.

April is taking action by joining together with other workers in the fight to raise the minimum wage to $15 an hour and gain a stronger voice through unions.

“Like so many other jobs, home care workers are paid too little and are frequently denied basic benefits or training. Elected leaders need to see what we go through, that we matter,” April shared. “Imagine the power we would have to raise wages if millions more home care workers all across the country had a better opportunity to join together in unions.”

That’s why she asked presidential candidate Beto O’Rourke to experience a typical caregiver workday firsthand. As part of SEIU’s Walk A Day program, O’Rourke spent the afternoon with April and one of her clients, Shevawn O’Connell. The program invites presidential candidates to shadow an SEIU member and have a face-to-face conversation about the realities of working people in the U.S.

O’Rourke joined April at Shevawn’s house and assisted with caregiving tasks. Due to debilitating chronic pain and other illnesses, Shevawn has relied on home care workers like April to help her remain living independently at home. O’Rourke worked side-by-side with April doing caregiving tasks, washing dishes, vacuuming and climbing flights of stairs to wash and fold laundry — everyday living needs that would not be possible for Shevawn to manage on her own.

“April makes me laugh every day and she always gives me a hug before she leaves. It makes a big difference knowing someone cares,” Shevawn said. “But I know April’s job is difficult and not making a livable wage makes her daily life so much more stressful.”

Shevawn told O’Rourke that she’s lost a number of caregivers over the years because they simply don’t make enough money to sustain themselves and their families. “They give so much of themselves to their clients and we want them to be successful out there, but they just can’t — no matter how hard they try,” Shevawn stressed. “It’s heartbreaking.”

April and Shevawn urged O’Rourke to stand with working families by supporting the Fight for $15 and by enacting policies that make it easier for working people to join together in unions. Later in the evening, O’Rourke’s tweets suggested he took their words to heart.