“These were my people at their best”

Keenan Davis, a 33-year-old owner of a home-based child care business in San Pedro, Calif. and member of SEIU Local 99, traveled to Washington DC last month to join the Black Millennial Convention and spread the word about his work with his brothers and sisters in the union to achieve racial and economic equity in America.

“It was important for me to talk to people like me, who look like me, about the power we can gain through unions,” said Davis.  “With a union we have more voices, and with more voices we can get more things done.” 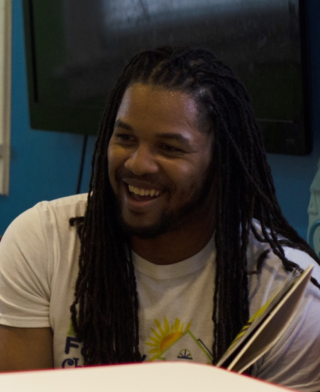 More than 30 SEIU members from eight different locals attended this year’s convention, which brought together millennials of African descent from across the country in order to find ways to advance racial equity, increase black political power, and expand civic engagement. The attendees spent time together discussing how Black millennials can play a role in ensuring our economy and democracy works for all families.

Davis has been on the forefront of the fight for California’s home-based child care providers right to negotiate collectively. During the convention’s Unions For All panel, he shared how he is fighting back against the greedy corporations and self-interested politicians who try to divide working families against one another. Together, with working people of all races, they are protecting worker’s rights, speaking out in support of fair immigration policies and increasing protections for the environment.

“Since I’ve been involved with Local 99, I’ve gotten to see first-hand all the things my union is involved in,” he said. “It’s such a wide scope of work, and I couldn’t have been more proud to share what we are doing at the conference.”

Davis came back from the convention with a renewed sense of purpose, not only for his work to win union rights for California child care providers but also to fight for racial justice in this country.

“As a Black man, I need to keep fighting no matter what, and to grow closer and closer to my peers,” he said. “I need to look after my brothers and sisters, both in the labor movement and in my community.  That’s how we are going to keep our voices heard and win the economic and racial justice that’s so desperately needed right now.”