Shares her story about working long hours to make ends meet, but also about coworkers even worse off making just $2.13/hour in tipped wages 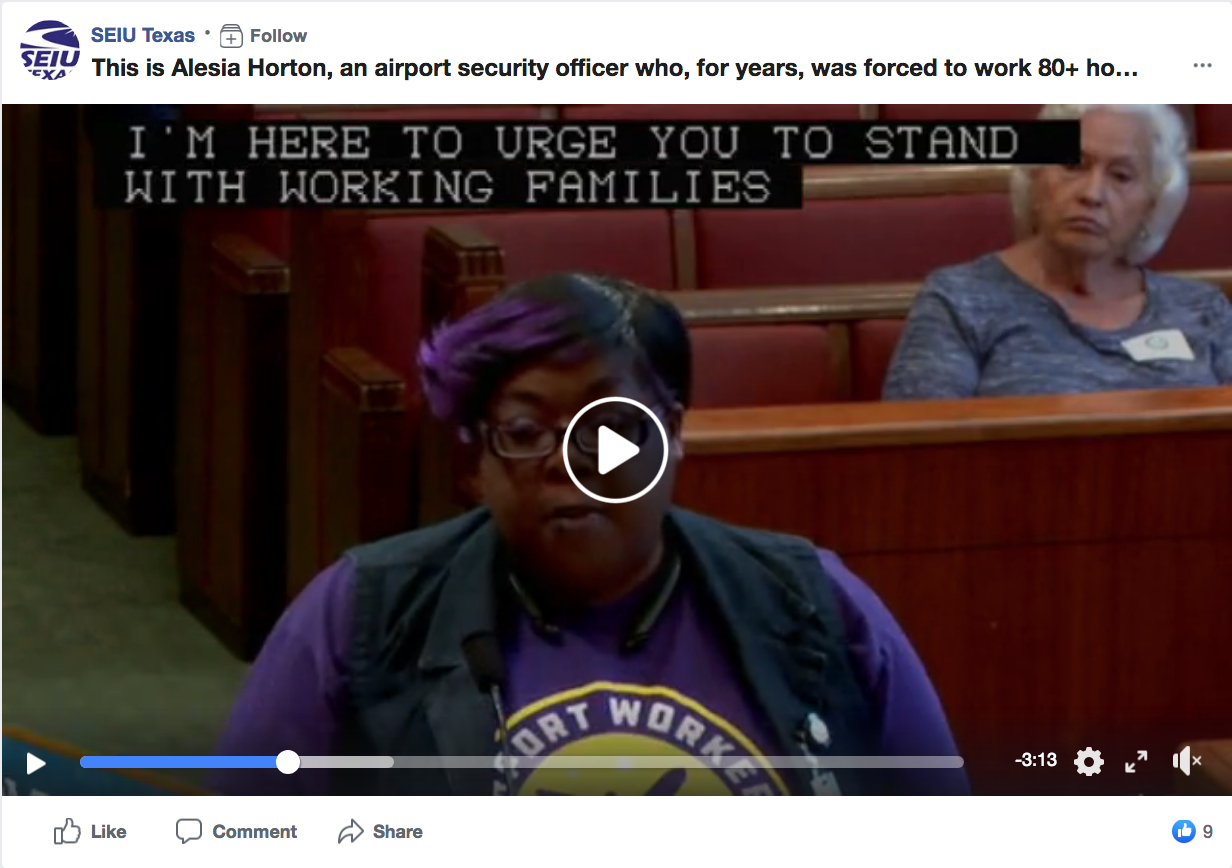 Hear airport security officer Alesia Horton urge the mayor of Houston and members of the Houston City Council to pay a $15 minimum wage and respect workers’ right to form a union. Watch as she tells them about the long hours she works to provide the basics for her family. But get this: Horton has it “good.” As a security officer who inspects vehicles for hazardous materials, bombs and lethal weapons, she makes $12 an hour, much more than other airport workers such as Sky Caps making as little as $2.13 in tipped wages. No wonder Council Member Robert Gallegos responded to her testimony by calling it “very shameful for the city of Houston to have workers working like that.”