Candidates outline plans for how more people can engage in our economy, democracy 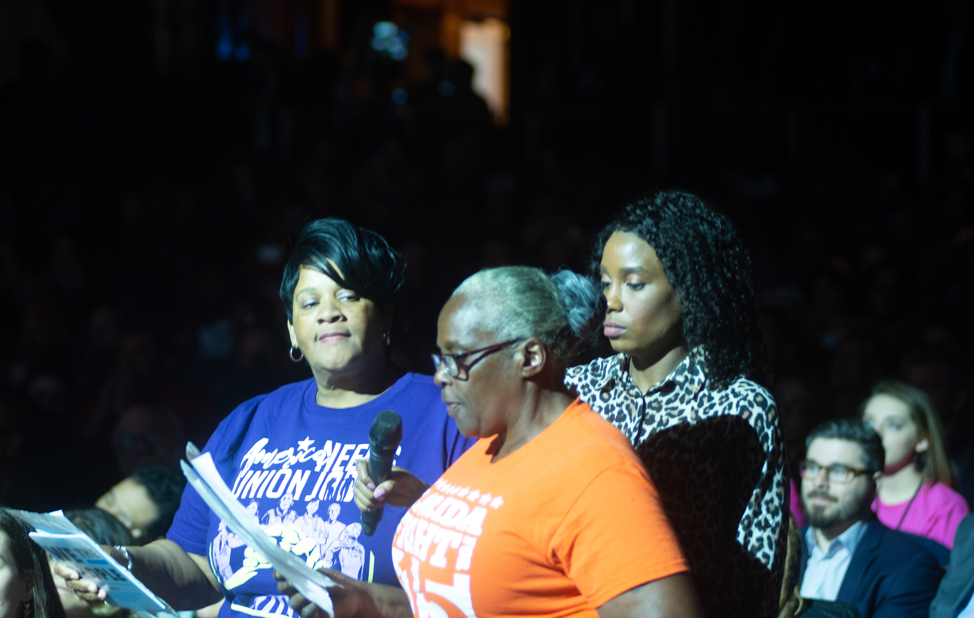 SEIU members joined allies Monday at an event that featured eight of the leading contenders for the 2020 Democratic presidential nomination. They demanded answers on how exactly the presidential hopefuls plan to bring democracy back to the people and away from the privileged few.

Thomasine Wilson, a SEIU VA512 home care worker from Richmond, Va., and Gail Rogers, a McDonald’s crew leader and Fight for $15 and a Union activist from Tampa, Fla., asked Castro how he would make it easier for Americans to join unions. “Hard-working people in fast food, home care, higher education, retail and more jobs across America have struggled for too long,” said Rogers.  “How will you stand with and rewrite the rules for workers like me and Thomasine to win our unions and build power, challenge corporate power, and make the government work for working families?”

32BJ SEIU member and Reagan National Airport skycap David Tucker said to Klobuchar, “I have been paying the price for corporate greed since airlines started contracting out jobs about 40 years ago. I didn’t get a raise for 50 years so that these companies could make more money for themselves. What will you do to stop these powerful abusers from attacking American workers and American jobs, all while undermining our democracy?”