Agreement will help set the tone for upcoming negotiations for more than 2,200 janitors statewide 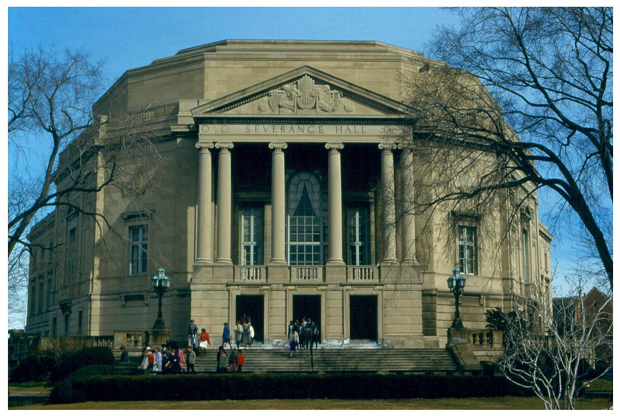 SEIU Local 1 members working at the Cleveland Orchestra —including building engineers, groundskeepers, hall staff, door staff and cleaning staff— ratified a new contract with the Musical Arts Association, the non-profit organization that runs the operations of the world-renowned orchestra. This groundbreaking contract will bring lowest-paid workers above $15 an hour by January 1, 2021.

"This contract is a victory for the people of the city of Cleveland,” says Pete Wieneke, Local 1 lead building engineer at Severance Hall. “It's proof that when working people across economic and racial backgrounds come together in solidarity, we can build the relationships that create shared prosperity. We hope other employers and business leaders in the area will follow the example set by The Cleveland Orchestra.” The orchestra has shown strong civic leadership through its inclusive, whole-city practices. These include its far-reaching education and community programs as well as its labor practices, which accord dignity and union rights for all, whether they work with a cello or a broom.

Janitors hope the Cleveland Orchestra agreement will help set the tone for the upcoming negotiations for new contracts covering 1,650 Local 1 janitors in Cleveland and more than 2,200 janitors statewide. This victory is a great example of janitors’ campaign for "One Cleveland," their fight for wages of at least $15 an hour along with other standards as a way to make sure all Clevelanders—whether white, Black, or brown—benefit from the city’s booming redevelopment, made possible by millions of dollars in taxpayer subsidies.