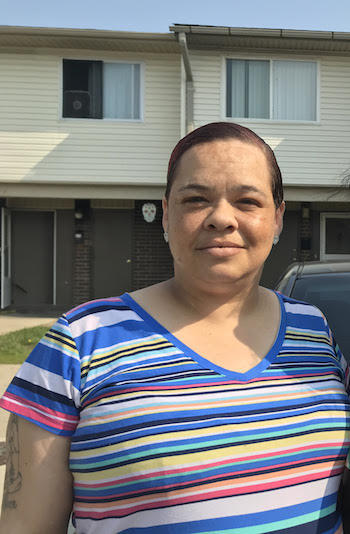 The fight for $15/hour and union rights, which started with working people in the fast-food industry demanding $15/hour minimum wage on a strike line in NYC in 2012, just keeps growing and gaining momentum with powerful voices speaking out at powerful strikes.

Lacrecha Osterman, a 44-year-old full-time McDonald’s Crew Trainer supporting her four children in public housing in Detroit, spoke out at the latest strike in that city on November 12th. She was surrounded and supported by other fast food employees as well as workers from other industries struggling with poverty wages—including healthcare workers, janitors, airport workers, and security officers.

Lacrecha has been with McDonald’s for 8 years as a Crew Trainer and has been with D15, the local chapter of the Fight for $15 and a Union movement, for almost 7 years.

“I know we’re not alone, other corporations are doing the same thing in security and in healthcare. That is why we have to continue to come together in unions,” she says. “These injustices are what hold us back. Black, white, and brown working people all do better when we join together to have a say in what happens on the job and in our communities.”

Affordable health care is one such life changer that can come about when people build power together and speak up. Without it, one’s health and financial stability can hang in the balance.

A few years ago, Lacrecha injured her back at work. With no affordable health insurance and thus no medical help, she had to physically stop working, which meant taking leave without pay. But that couldn’t last long. As the sole provider for her family, she had no choice but to return to work and manage the pain on her own.

Join Lacrecha and working people from all over the country—Black, white and brown—who are coming together, speaking out, and building even stronger this movement for $15/hour and union rights. #UnionsForAll!