I was born in China, but moved to the U.S. with my parents when I was almost 2 so they could become graduate workers and earn their PhDs. So from a young age, especially being from an immigrant family, I was raised to believe that education was the path to a better life. My parents demonstrated this by raising my little brother and me while they earned their degrees and survived on their graduate stipends. 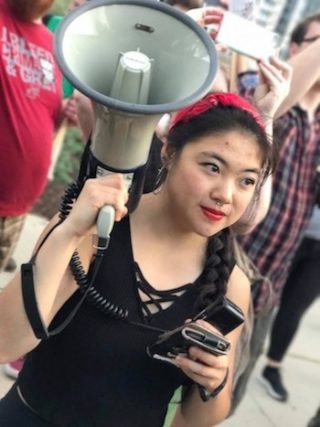 Now, I’m a graduate worker myself earning my doctorate at Loyola University Chicago. However, graduate workers today are struggling to make a living—the expectations are the same, but the conditions in higher education are so different. As a graduate worker, I’ve had to miss bill payments, skip doctor’s appointments and even work two or three additional jobs to cover my living expenses.

While my parents were able to raise a family on their stipends doing the same work I do now, the reality today is that as graduate workers, we often live in poverty with no benefits or access to affordable health coverage—just to get an education. Like other educators, fast food workers, auto workers, hotel workers and nurses, we work hard and many of us even have to care for families on our extremely low pay.

Now, our very right to form our unions is under attack. The Trump-appointed Labor Board has announced plans to rig the rules against us and could put all the gains we’ve made at risk. The proposed rule change would allow universities to keep taking advantage of our hard work and paying us poverty wages, all while claiming we aren’t even workers. 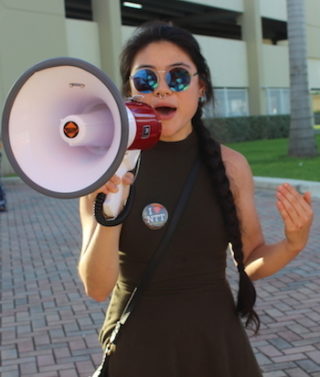 When we came together to form our union to try to make an improvement at Loyola, our university administration dismissed us and used the legal system to ensure that we didn’t get a seat at the table. Now, irresponsible universities like Loyola are going to continue to hide behind a broader attempt by the Republican Party and the Trump administration to undermine workers’ rights across the country.

I’ve seen that the only way we’ve been able to get our universities and the anti-worker Trump administration to listen to us is by increasing our militancy to protect our rights as workers. At Loyola, we’ll continue doing sit-ins, walkouts and taking action together. With the support of our colleagues, our students and our many campus and community allies, we will continue fighting for our rights as workers whose valuable work helps Loyola deliver the high-quality Jesuit education they promise.

For me, this is about who has the opportunity to get an advanced degree in this country. This is about who has basic rights as an employee. Over the last three years, we’ve come together across the country and made big gains. We know that’s why the anti-worker Trump Labor Board is targeting us. And that’s why we’ll keep fighting until every working person in this country has the right to a union.

Graduate workers in cities across the country are fighting back against the Trump administration's attempt to strip us of our right to a union. Stand with us by demanding #UnionsForAll.