‘I Finally Have A Livable Wage’

It’s all about the union difference 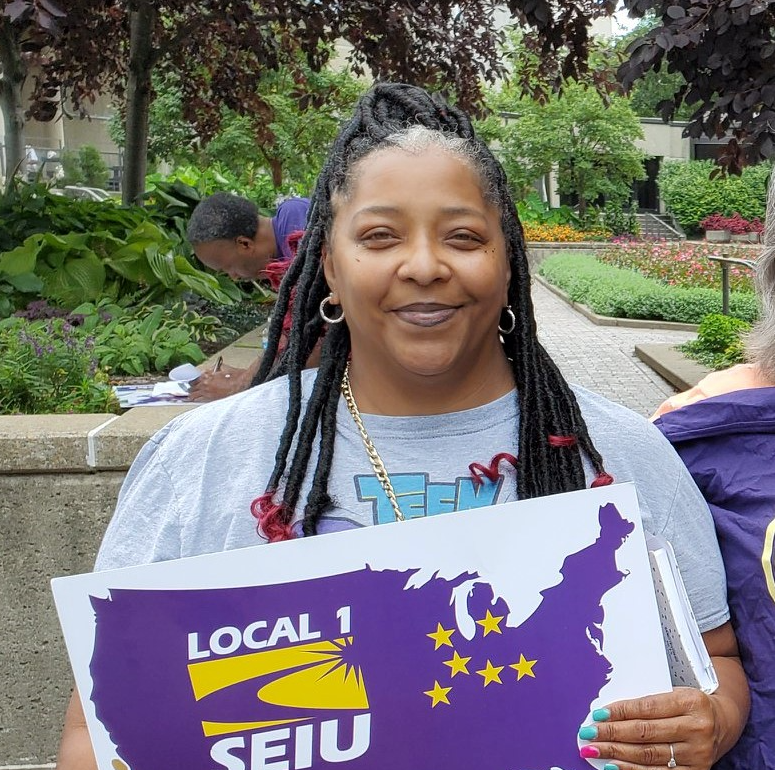 Meet Cristal Sylla, a downtown Columbus Janitor working hard on the nightshift to support herself and her four grandchildren. Cristal goes to work every evening—sweeping, mopping, lifting, scrubbing—to ensure the city’s office buildings are clean, safe, and open for business each day.

But despite the city’s booming commercial real estate market, not everyone is benefiting from the prosperity. “Our skilled labor contributes to the city’s success, yet many janitors can barely afford the groceries to feed ourselves,” Sylla says. “This isn’t right.”

In fact, many of today's janitors are paid such low wages that they qualify for public assistance—for housing, healthcare and food needs, and oftentimes they have multiple jobs just to survive. Add to this stress the physical demands of the job and the toll it takes on the body, and you have a group of workers—their families and communities—left behind.

That’s why Cristal, along with hundreds of her co-workers, fought for a strong union contract—to bring good jobs to Columbus providing prosperity for all. With marches and rallies calling attention to the ‘One Columbus’ campaign—building a city where everyone thrives—750 cleaners just WON a new union contract with substantial pay raises and better benefits.

“Our union contract is the difference between going to the doctor when you’re sick, or having to suffer through it because you can’t afford it,” she says. “It means being able to put some money aside for family activities that make life even more meaningful.”

Over the course of the new three-year union agreement, wages will increase an average of over 13%, putting an additional $6,300 into the homes of union cleaners & the neighborhoods they reside in.

“With this big win, I’ll have a livable income and a little something left over for myself,” Sylla said. “We stood together at the bargaining table across from our employers, and we won the good raises we need.”

And Sylla is not alone. Across the country cleaners are fighting shoulder to shoulder to win the respect they deserve. Over the next four years alone, 120,000 union janitors from Washington DC, New York, Chicago, Kansas City, Seattle, San Diego and elsewhere will be at the negotiating table across from their employers.

“Honestly, we just want a fair shot at a future for our families and our communities. And when we fight, we WIN.”