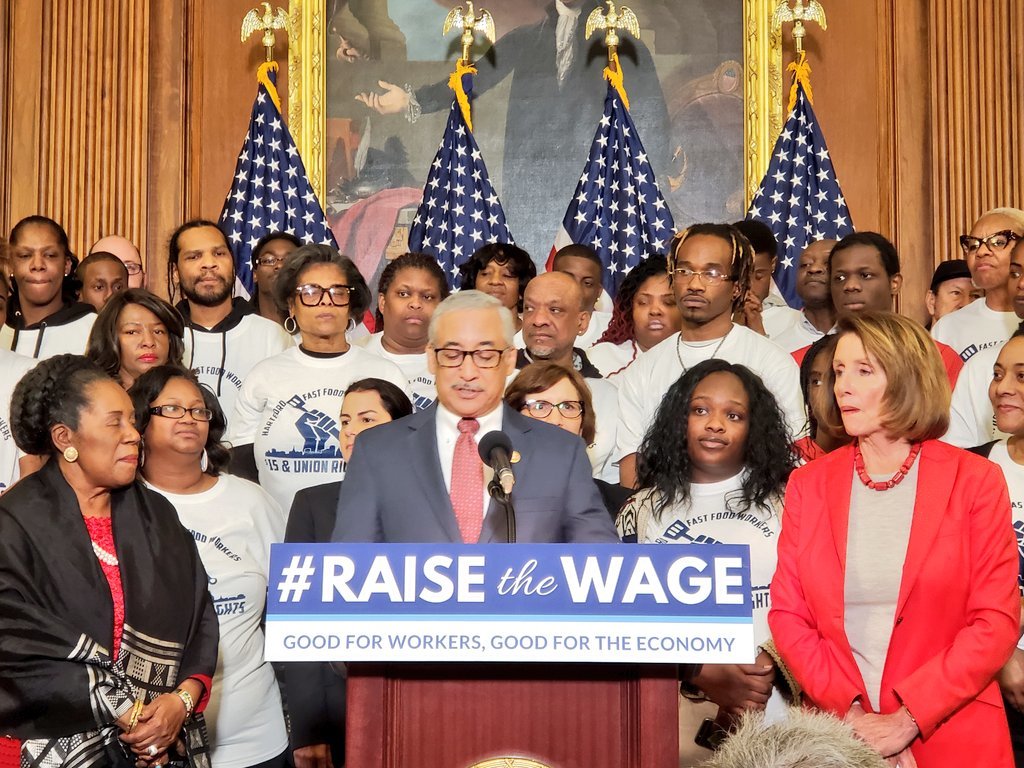 Profitable corporations have been pushing wages down for years, causing 64 million people—our parents, our friends and neighbors, and our children—to have trouble making ends meet because they make less than $15 an hour. The same corporations are outsourcing full-time jobs, and making new jobs part time and “just in time,” making multiple jobs the norm for those who can find them.

That’s why Tennessee fast-food restaurant employee Tiffany Lowe, Virginia home care provider Inez Hodges and other working Americans fighting for $15 and a union celebrated as leaders in Congress unveiled the Raise the Wage Act, which would raise the federal minimum wage to $15 per hour by 2024. The bill would also end provisions that allow employers to pay employees under age 20 and employees with disabilities less than the wage floor.

At a press conference on Capitol Hill, Lowe said that it’s unbelievable how much the Fight for $15 and a Union movement has changed the country over the last six years. “Now the demand for $15 has grown into an undeniable movement of underpaid workers,” said the mother of four who works at KFC.  “By sticking together and acting like a union, workers in the Fight for $15 completely changed what’s possible, and made $15 an hour the new baseline for decent pay in America. No matter where we live, no matter our race, religion, or background, we are ALL worth more.

SEIU International President Mary Kay Henry called the Raise the Wage Act “a huge step forward in deciding to end poverty work in America” and boost the economy. “Workers have more money to spend in communities spurred by economic activity and growth,” Henry told CBS News. “Businesses are positively impacted by people having more money in their pockets.”

Watch Tiffany Lowe sharing her story at the press conference.