On Tuesday, September 11, 2001, 62 SEIU members were killed when hijacked planes crashed into the World Trade Center, the Pentagon and a field in rural Pennsylvania. 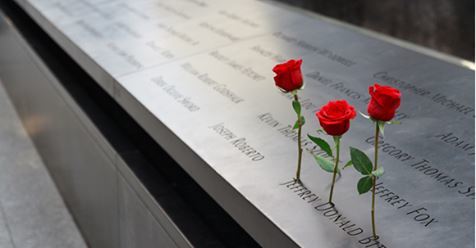 As our nation today marks the 17th anniversary of the tragic 9/11 attacks on our country, we honor the memory of SEIU members and others who lost their lives on that September morning 17 years ago.

On Tuesday, September 11, 2001, 62 SEIU members were killed when hijacked planes crashed into the World Trade Center, the Pentagon and a field in rural Pennsylvania.

On the anniversary of this tragedy, we remember their heroism not only on that day but in their daily lives. Please read the short yet powerful biographies of these 62 people — as seen through the eyes of their friends, relatives, and co-workers.

Let’s take a moment to remember them in all their humanity. They ranged in age from a mere 23 to a 74-year-old retiree who went back to work because he loved what he did. They carried out their daily work with great pride and gave tirelessly to their families and communities. Several of them were shining examples of heroism.

Many of the SEIU members we lost had come to the United States in pursuit of the American Dream from all over the world:  Albania, China, Columbia, the Dominican Republic, Ghana, Italy, Nigeria and Syria.