Senators must protect our healthcare by rejecting Kavanaugh’s nomination

This lifetime appointment will impact all our lives and should not be rushed. 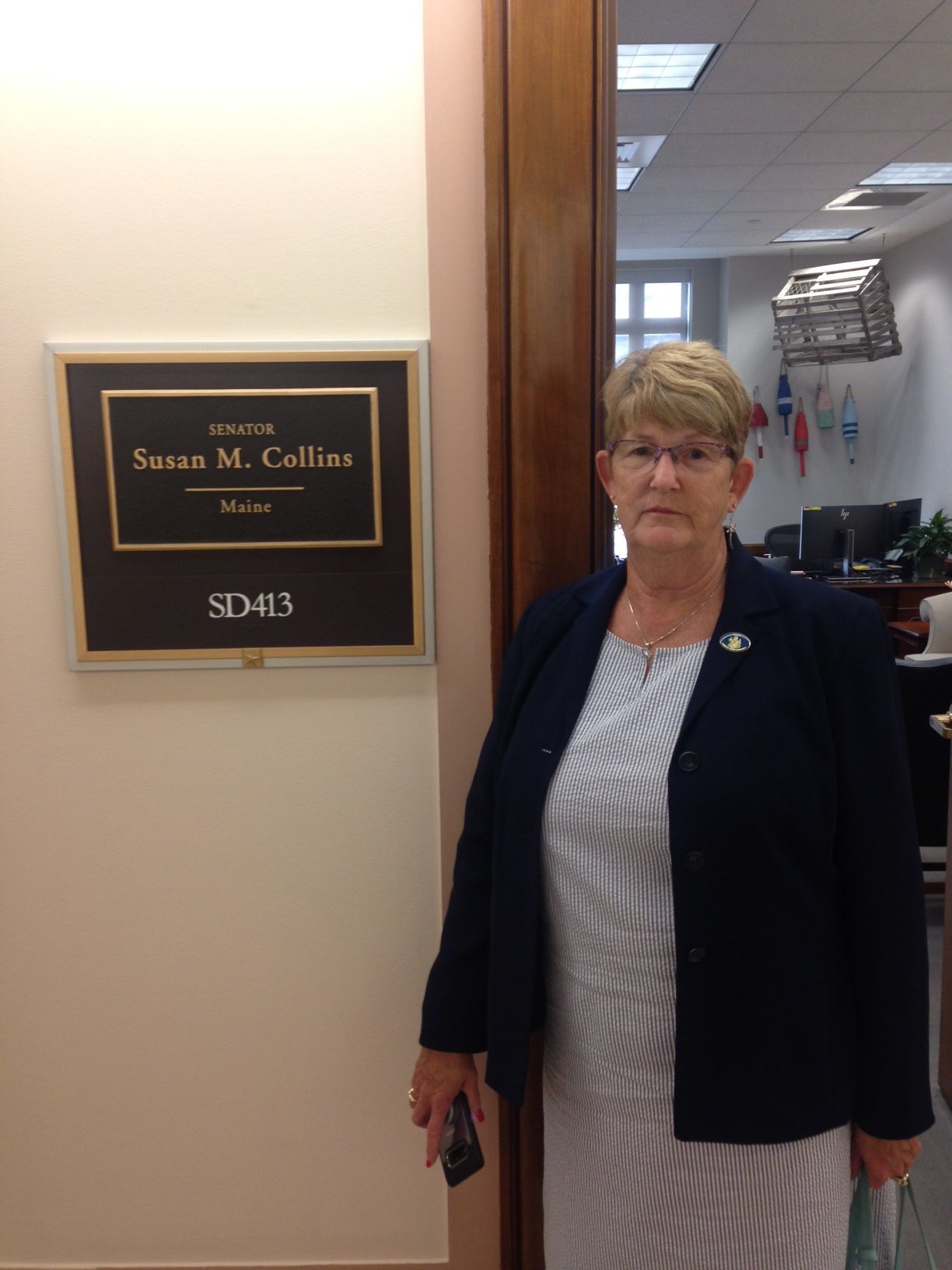 Confirming Brett Kavanaugh to the Supreme Court would be a matter of life or death for working families like Donna Doore’s.

“My 39-year-old son and millions of other Americans could die if Sen. Susan Collins and other senators make the wrong choice on Judge Kavanaugh, a staunch opponent of the Affordable Care Act (ACA),” says Donna, a MSEA-SEIU Local 1989 retiree member.

In an op-ed for Central Maine.com, the Maine state representative shares why she recently traveled to Washington, D.C. to meet with Collins’ staff and share her family’s story as well as why Collins should reject Kavanaugh’s nomination.

She says a vote for Kavanaugh, whose nomination was pre-approved by an extremist group that wants to take away healthcare and Medicaid from millions of Americans, “is a vote to destroy the Affordable Care Act, eliminate the law’s requirements relating to pre-existing conditions, and end the Medicaid expansion that so many families, including mine, are counting on for access to quality, affordable health care.”

Donna’s son has Crohn’s Disease, an inflammatory bowel disease, which has caused him to endure both physical and financial hardships. Her son isn’t the only one in her household who has a pre-existing health condition. Donna is a two-time cancer survivor and her husband, Tom, has diabetes.

“I’m really concerned about Kavanaugh’s views on the provisions for pre-existing conditions in the health care law,” she says. “Tom and I are both fortunate to have health insurance as retired public employees, but what happens to those who don’t have good union jobs?”

If the Senate confirms him, Kavanaugh could decide a case like one in Texas that would take away protections for people with pre-existing conditions. These protections, which keep insurance companies from jacking up prices on people who have pre-existing conditions, women, and Americans over the age of 50, are at risk. His confirmation is also a threat to children and seniors who receive healthcare through programs funded through Medicaid.

With so much at stake for working families, we must join Donna and other SEIU members speaking out about Brett Kavanaugh’s nomination to the Supreme Court. Call your senator’s office today to help protect our lives, our right and our future. Call 1-866-426-2631 now!