“…we can see a brighter future on the horizon for the adjuncts at Nazareth.” 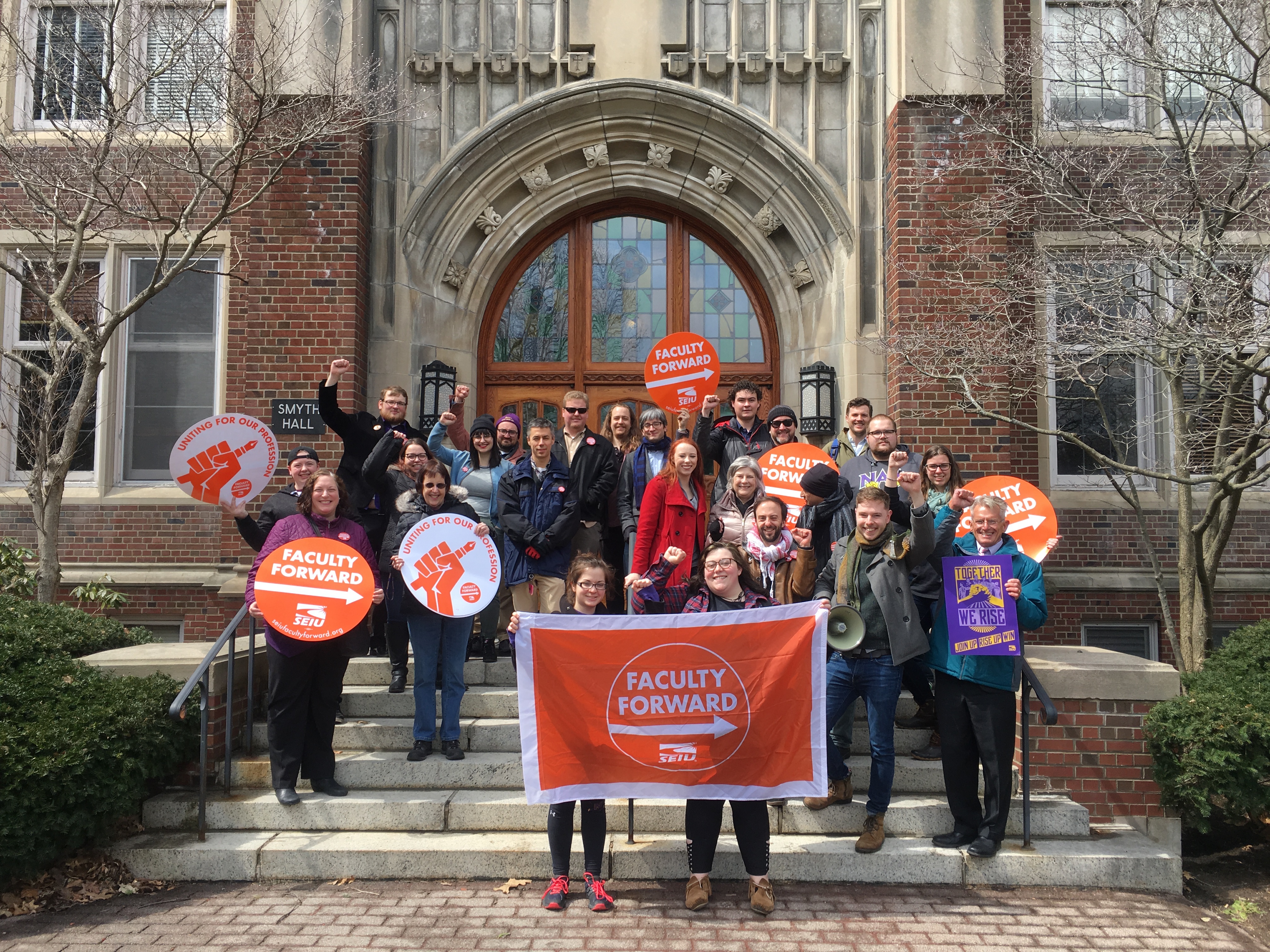 Nazareth College adjunct faculty scored a historic win this week, voting overwhelmingly to join SEIU Local 200United. The victory is the culmination of a yearlong organizing campaign and a first for contingent faculty at a private college in the greater Rochester area.

“There are so many adjuncts at Nazareth who work so hard but haven't received the compensation that they deserve. This is an opportunity to change that,” said Jeanne Coonan, a lecturer in music and member of the union organizing committee. “Now, after winning our union, we can see a brighter future on the horizon for the adjuncts at Nazareth. This is a huge step forward.”

The organizing committee went public with their organizing drive earlier this semester and gained widespread support. Earlier this year, they delivered a petition with over 500 student signatures to President Daan Braveman’s office urging him to remain neutral in the union election. Local elected leaders including Assembly members Joe Morelle and Harry Bronson, and Senator Joe Robach also sent letters in support of the adjuncts’ organizing efforts.

The win was one of the first union election victories in the Rochester area in years, proving a people united will never be defeated.