A Call to Action in Tornillo

I never imagined that I would need to go a protest in my country because my government made the active decision to forcibly separate young children from their asylum-seeking parents. 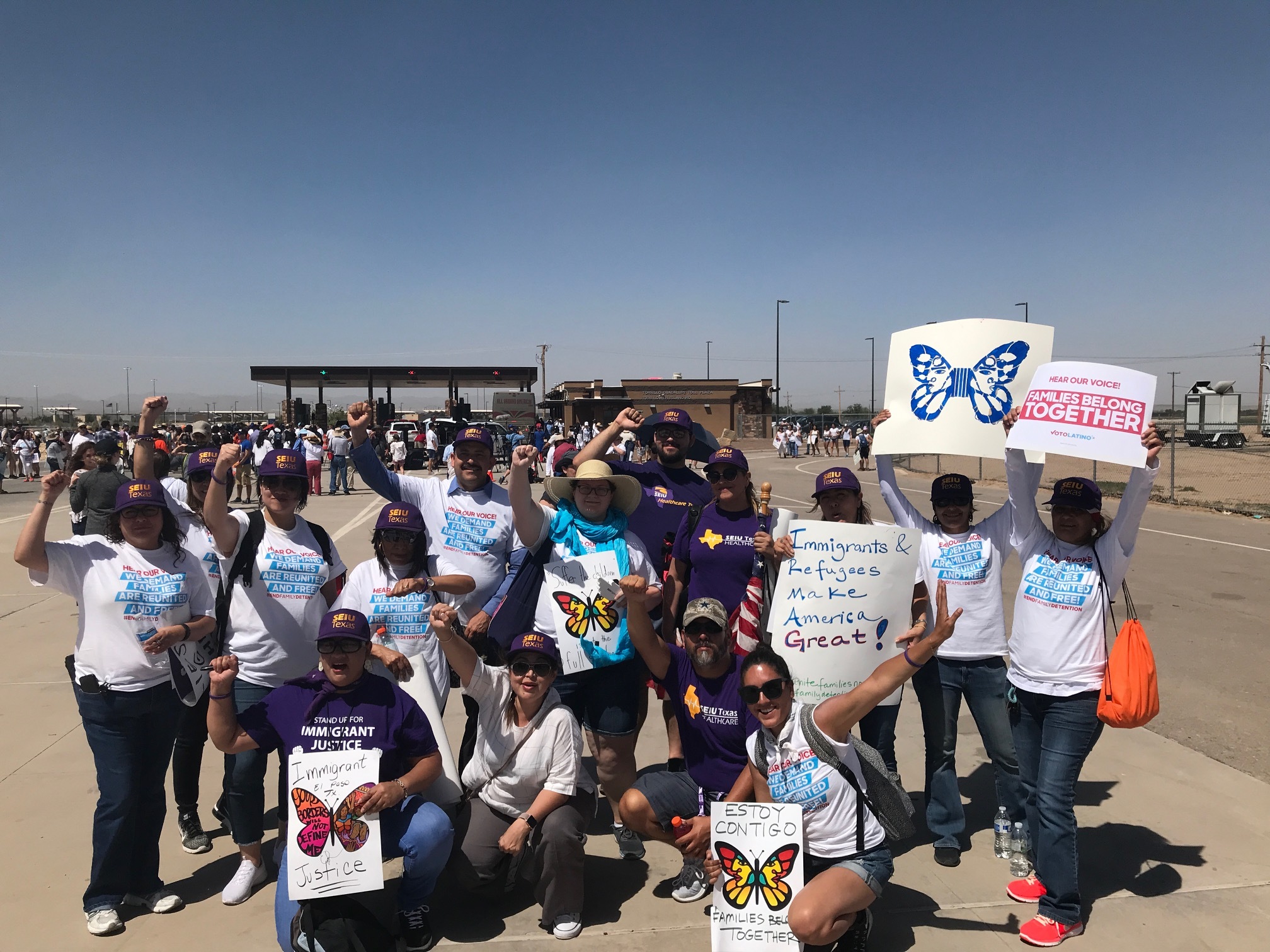 I never imagined that I would need to go a protest in my country because my government made the active decision to forcibly separate young children from their asylum-seeking parents. And that it was all done to enable the President of the United States to score political points.

But that is where I was on Sunday.

I was one of thousands of Americans who travelled to the #EndFamilyDetention rally in Tornillo, Texas, the site of a US-Mexico border checkpoint and a temporary shelter for unaccompanied migrant minors currently being detained by the Trump Administration. I was there to demand an immediate end to President Trump’s cruel and inhumane ‘zero tolerance’ policy, end family detention and demand that our government find these children and bring them back to their families without delay.

We didn’t think President Trump would cross this line. But he did and now there are more than 2,000 children whose parents don’t know where they are. The horror of that statement alone is why people from all backgrounds are coming together to say no more. These sounds and images  coming from the border are uniting people from across the political spectrum and across our state to take action and speak out against cruelty and inhumanity.

I went to Tornillo in support of immigrant families, to stand in unity with them against the unjust treatment and the horrible practices and policies of the Trump Administration. We were in Tornillo on Sunday and we will be in Brownsville next and then McAllen and Houston. We’ll be there to speak out as long as it takes to make sure innocent children are not being victimized for the sake of politics.

The rally and protest was led by a diverse group of Americans who were outraged that the President of the United States used children as political negotiating chips. Dolores Huerta told the crowd that the events which brought us together that day was really a greater call to action. Her message was about that day and about Election Day. What does our protest today mean if we do not get people out to vote in November?

We need to take the energy and emotion all of us are feeling now and turn it into positive action that will elect pro-immigrant, pro-union candidates at all levels of government in November and change Congress and change the law. We need to fix our broken immigration system by working together and enacting policies that reflect our values.

While this is a midterm election and voter turnout is historically lower, I have a feeling this cycle will be slightly different. Lots of good, honest, hardworking people couldn’t get off work or make child care arrangements or just stayed home when Donald Trump was elected president.

They thought that the system would work and the result would be okay.

But it’s not okay. And it is only going to get worse until we vote.

Sadly, this is not the first or even the second or third time that the United States government forcibly separated infant children from their parents. But it’s 2018 and we are able to stand up stop this kind of evil if we come together and reach out to one another as parents and as fellow human beings.

We need to come together as a nation and demand the answers to serious questions:

How many children are unaccounted for right now?

When will these 2053 children be reunited with their families?

The Trump Administration should answer these questions every day until every day until this crisis is over – and zero children in U.S. are separated from their families.

We know that nobody thought they were voting for this. Not even the most hardened Trump voter went to the polls in 2016 to take infants away from their mothers.

But that is what’s happening.

And that is why this is a big moment and a turning point.

It is not just about the border. It’s about the long term, orchestrated attacks on working people and people of color that mean too many Americans are still working two or three jobs because wages are too low and they don’t have a union.

Working families are bracing for the U.S. Supreme Court decision in Janus v AFSCME that will likely strike another blow for the rich and powerful against the rest of us.

In the company of Dolores Huerta and with leaders like María Teresa Kumar, founder and CEO of Voto Latino, I was energized and am ready for this election. We are going to unite with our allies across Texas to elect candidates who will stand up to this type of hatred and cruelty and fight for pro-immigrant, pro-family and pro-union policies.

SEIU Texas member Carlos Martinez was in Tornillo on Sunday and he was talking politics. Carlos said that we need to “adopt our own zero-tolerance policy against those politicians and public servants who think they are above the law. We need to protests peacefully and make our voices heard so we can make this right.”

Another SEIU Texas member, Dora Enriquez, echoed the importance of voting in November. She said, “We are here for justice and to bring families together. We are the voice and we are the people and we are going to be united and ready for the elections to vote and make things change and see a change.”

Carlos, Dora and I will continue the fight this week in Brownsville and through to November.

For more information about what you can do on June 30, visit iAmerica.org/June30.