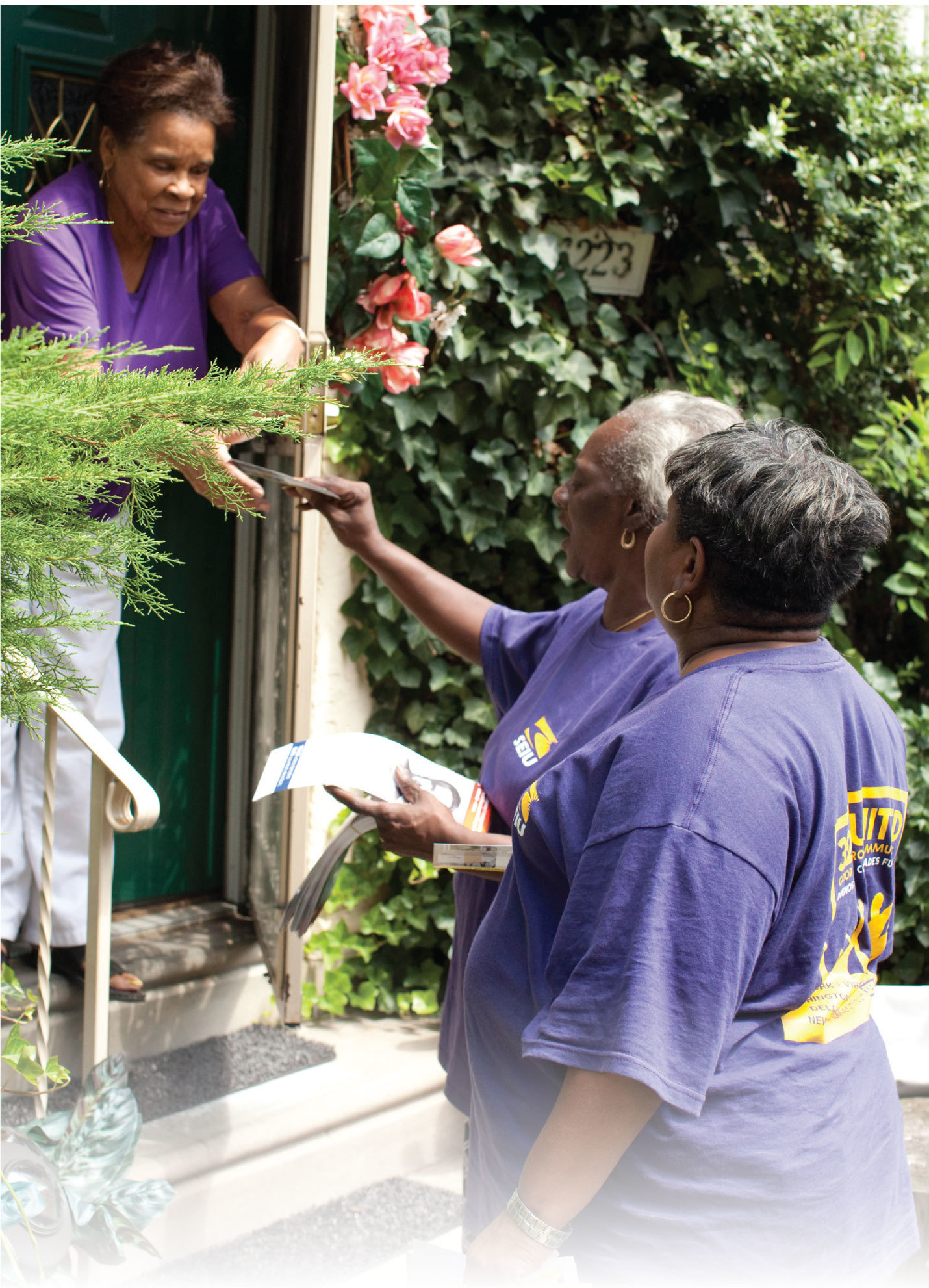 Planned Parenthood Votes, Center for Community Change Action, Color Of Change PAC, and the Service Employees International Union are launching Win Justice, an unprecedented joint effort to build lasting power to win key elections in 2018 and beyond. Together, the organizations and their local partners plan to invest $30 million to engage 2.5 million voters in three states –– Florida, Michigan, and Nevada.

This investment seeks to change the face of the electorate in these states from the ground up by mobilizing infrequent midterm votes, focusing on people of color, women, and young people. Engaging infrequent voters is not a new strategy, but attempts to do this in midterm elections have not worked consistently in the past –– mostly because efforts often engage too close to election day and don’t build real relationships. As a result, turnout of these voters has dipped over the last several election cycles.

Win Justice will reverse that trend by authentically engaging these voters early and often. This program is focused on both immediate and long-term change by building an army of local leaders to lead this effort. Through peer-to-peer texting, digital organizing, and resourcing and training community leaders to knock on doors and mobilize voters in their communities, our organizations will turn out tens of thousands of new voters to make a difference in these states.

“For many working people, the promise of America--that if you work hard you will get a shot at a better life--is a broken promise,” said SEIU International President Mary Kay Henry. “2018 is going to be a year of reckoning for the billionaires and politicians who have spent decades trying to weaken the power of working people. We are going to change the face of the electorate in Florida, Michigan and Nevada from the ground up by mobilizing a diverse movement that includes people of color, women and young people to build a lasting coalition for change.”

“For people of color, young people, and women, everything is on the line in this election,” said Deirdre Schifeling, executive director of Planned Parenthood Votes. “The Trump-Pence administration has rolled out discriminatory rules and policies that undermine our basic rights and freedoms. To win in 2018, we need to channel the unprecedented energy and activism we’ve seen in response to these attacks towards winning at the ballot box. And our organizations are uniquely positioned to do just that, because we’re deeply rooted and trusted in the communities we will engage.”

"We are empowering Black communities with the tools needed to hold elected officials accountable to the promises they make to us", said Rashad Robinson, Spokesperson for Color Of Change PAC. "Our organizations have a rich history of effectively engaging communities at scale. We’re excited to combine our efforts to build lasting relationships with these communities and to translate the powerful post-2016 movement energy into meaningful electoral wins in 2018."

“Win Justice is building a voter contact program that will be led by an army of local leaders and volunteers,” said Dorian Warren, President of Center for Community Change Action. “By grounding these recruits in known local organizations, training them throughout the year and equipping them with cutting edge digital and message tools we’ll be building power and influence in truly breakthrough ways.  Trusted messengers who have experience engaging voters through real community affinities have transformative potential both in terms of turnout but movement building as well.”