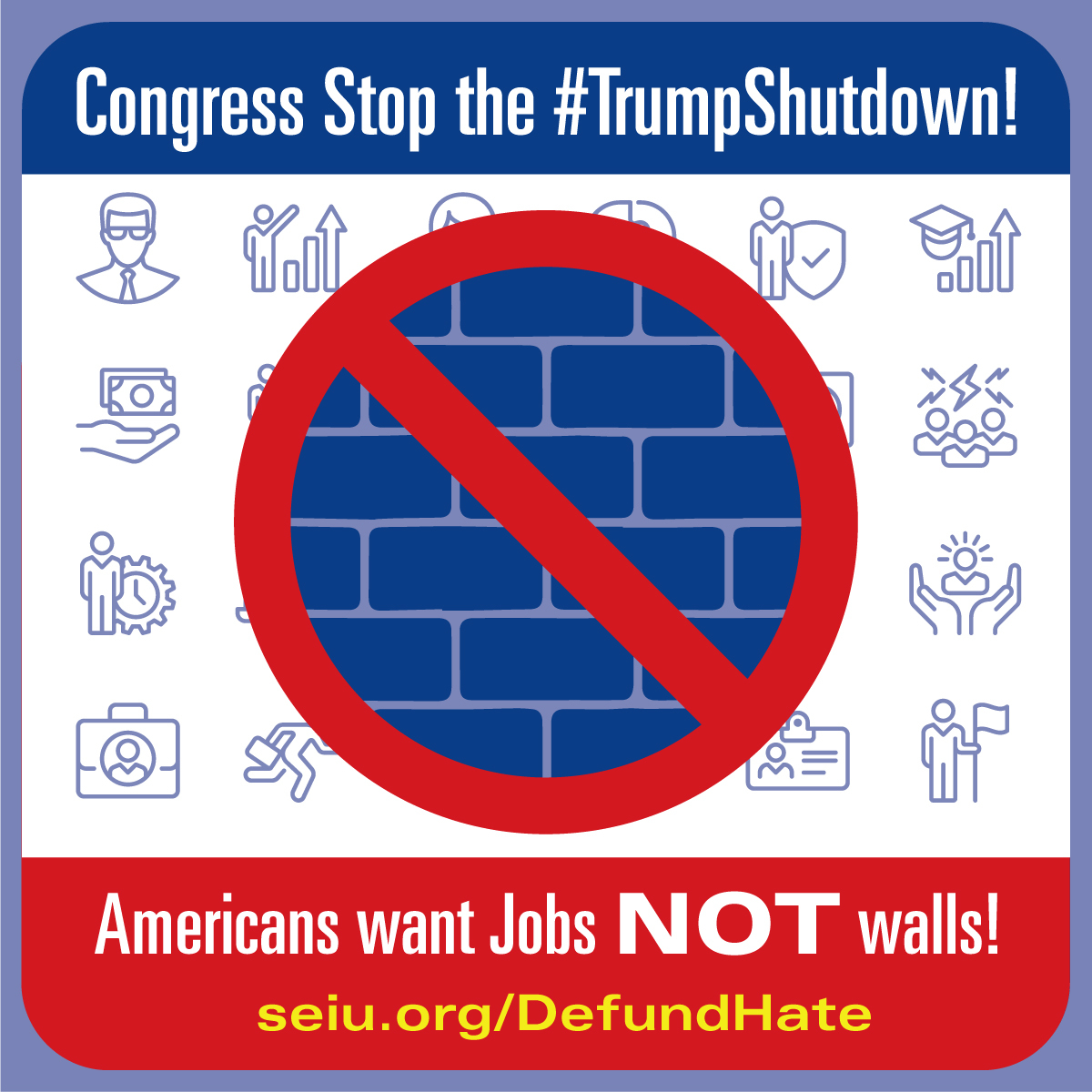 If the government shuts down, it will not be a victimless crime. It will rest on President Trump’s shoulders and poll after poll has shown the American public will hold him responsible. But that’s the way he wants it.

The president said as much during his now-infamous Oval Office meeting with Nancy Pelosi and Chuck Schumer. This is the way he wants it. If Congress refuses to fund his border wall they will be emphasizing the importance of compassion, opportunity and hope. At this time of the year, when we try to demonstrate kindness and goodwill towards all, what could be more appropriate?

But if the president refuses to compromise and causes a shutdown he will have upended the government and taken paychecks from working people right before the holidays all because he wants his money for his divisive wall.

The American people spoke loudly and clearly last month when they rejected this kind of hatred and divisiveness at the ballot box.

In the 2018 midterms, voters largely and resoundingly rejected President Trump’s attempts to use race and immigration status to divide Americans. The American people voted for good jobs, healthcare and higher wages. According to an election eve poll by Latino Decisions, a whopping 86 percent of Americans want Congress to address common sense immigration reform and move on to tackling soaring healthcare costs and jobs. Add to that a recent poll by Morning Consult where a majority of American voters, including a large share of Republicans, said increased wall funding isn’t worth a shutdown.

Congress can do the right thing.

As Americans get ready to celebrate the holidays they are worried about putting food on the table and being able to pay rent. They are worried that they won't have health insurance if they lose their job, or won't be able to afford the insurance they are being offered.

Families are hurting. We are in the midst of great wealth, yet for so many American families there is simply not enough in their paychecks to go around.

President Trump’s shutdown would fly in the face of those Americans.

Meanwhile, any money Congress gives President Trump for his wall can be used as a piggy bank to fund some of his administration's worst policies such as separating families at the border, placing children in detention camps and tear gassing asylum seekers.

In this pivotal moment in our history, Congress should heed the American people and fund the government without giving in to President Trump. They should focus on creating jobs, raising wages and protecting healthcare.

Americans stood up to President Trump when he separated thousands of children and put them in cages; they spoke out against the relentless attacks on the immigrant community by the administration and the GOP; they voted for unity and inclusiveness; and now they’re counting on Congress to uphold the values and ideals this country was founded on and to stand up to Trump.