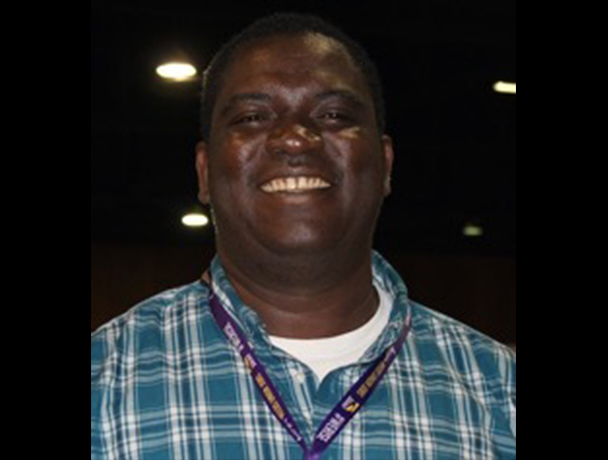 Born in Burkina Faso, Ibrahim Coulibaly is a United States citizen who works as a mental therapy tech at the Oregon State Hospital in Eugene. He became involved in SEIU Local 503’s political program this year because, as a person of color with an accent, he is afraid of what might happen if Oregon’s Measure 105 is passed this November. The measure would repeal the state’s sanctuary law, which protects people from profiling, and Coulibaly is concerned that he or someone else could be detained simply because of the color of their skin or how they talk.

“In other states, I have heard stories of people being pulled out of work, detained at traffic stops, or even arrested at their own homes. People live in fear. That’s not right, and that's not the Oregon that I know. We need to prevent profiling and keep our local law enforcement resources focused on local issues,” he said.