How do you help address the retirement crisis? 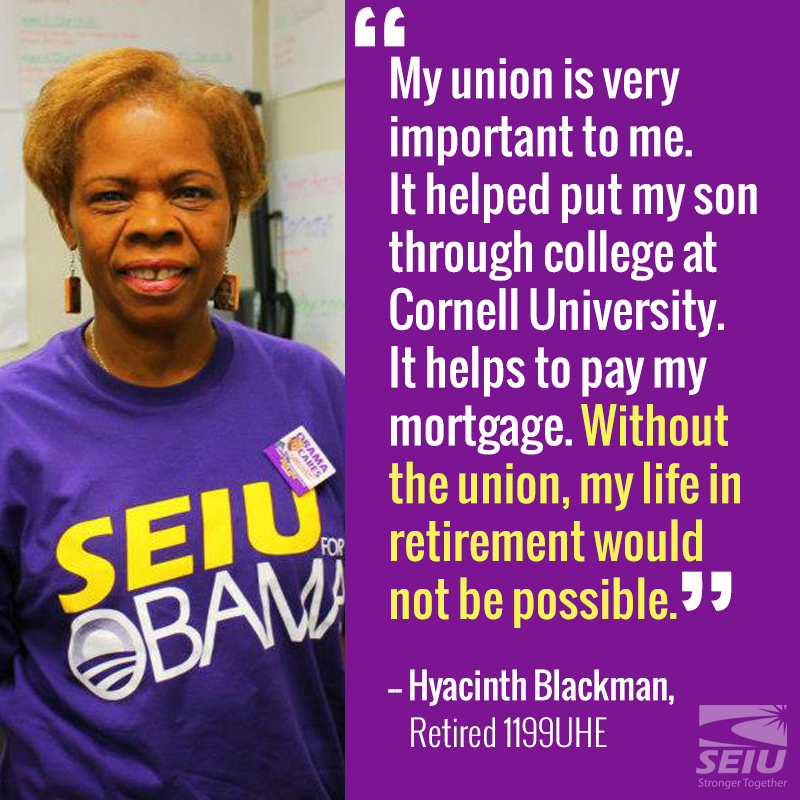 Just when we thought that it couldn’t get any harder for the average American to save for a decent retirement, it did.

The President recently announced he’s ending the myRA initiative created by President Obama to help working people save for retirement. He’s also tried to halt the Department of Labor’s Fiduciary Rule to protect Americans from unscrupulous financial advisers. The President also signed into law resolutions that make it harder for states and cities to address our nation’s retirement crisis.

Clearly, if working parents, grandparents and Millennials want a solution to the nation’s retirement predicament, we must join together and demand it this Labor Day!

Instead of attending parades and picnics this holiday weekend, working people around our country are coming together to tell our elected officials that it’s time to do their number one job: create good jobs with higher wages. We’re also demanding union rights for all working people so that more Americans have an opportunity to live and retire with dignity.

The Labor Movement has played a key role historically in providing retirement security to working people. According to the Bureau of Labor Statistics, 84 percent of union workers participate in a workplace retirement plan.

For people like me being a union member has been the only pathway to a simple, comfortable retirement.

My union is very important to me. It helped put my son through college at Cornell University. It helps to pay my mortgage. Without my union, my life in retirement would not be possible.

Despite the roadblocks from Washington, D.C., we are still fighting for policies to deliver retirement security to more Americans.

SEIU members have successfully fought to protect sustainable public pension plans as well as Social Security and create new retirement plans, like the California Secure Choice Retirement Saving Program so every working person has an opportunity to retire with dignity.

However our work isn’t done. Nearly 40 million working-age households are on the road to retirement poverty because they don’t have retirement plan assets and self-interested politicians want to continue to rig the system against us by taking retirement savings options away from low- and middle-income families.

This Labor Day, we must come together to build a better future where no American has to make the devastating choice between retiring into poverty or working until they die.

Hyacinth Blackman is a retiree member of SEIU 1199UHE.