By: By Tibebe Woundu, wheelchair attendant at Dulles International Airport
May 11, 2017 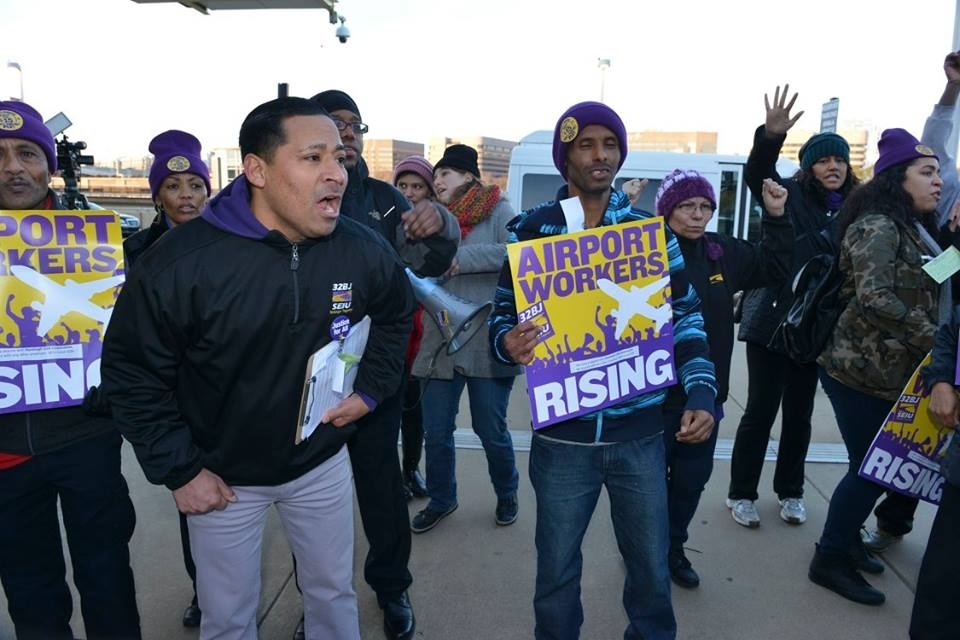 For two years, DC airport workers like me have fasted, walked off the job on strike, met with our elected leaders at the airport, held pray-ins, sleep-ins, and delivered multiple petitions to our employers and the Metropolitan Washington Airport Authority (MWAA) in pursuit of the good jobs our communities need.

This year, we’ve been inspired to see airport workers in New York, Minneapolis and Philadelphia win the right to form their union. (See what new 32BJ SEIU members Alfred and Wyedia had to say about their victory in Philly last month.)

Now it’s our turn to celebrate.

Around 5,000 of us, working as contracted wheelchair agents, checkpoint agents, terminal cleaners, cabin cleaners, sky caps and baggage handlers will see our hourly wages go up, from as little as $7.25 an hour to $12.75 by 2020.

We won’t stop until we have full union rights.

Just a week after winning wage increases, hundreds of us at Reagan National Airport and Dulles walked off the job to protest federal labor violations charged against our employer, Huntleigh Corporation. We won’t stand for surveilling, interrogating, arbitrary discipline or firing anyone for exercising our freedom to stick together in our union.

Read about the living wage victory in the Washington Post, WJLA, WTOP, and Loudon Now.

Check out our strike in Forbes, Loudoun Times and Telemundo.