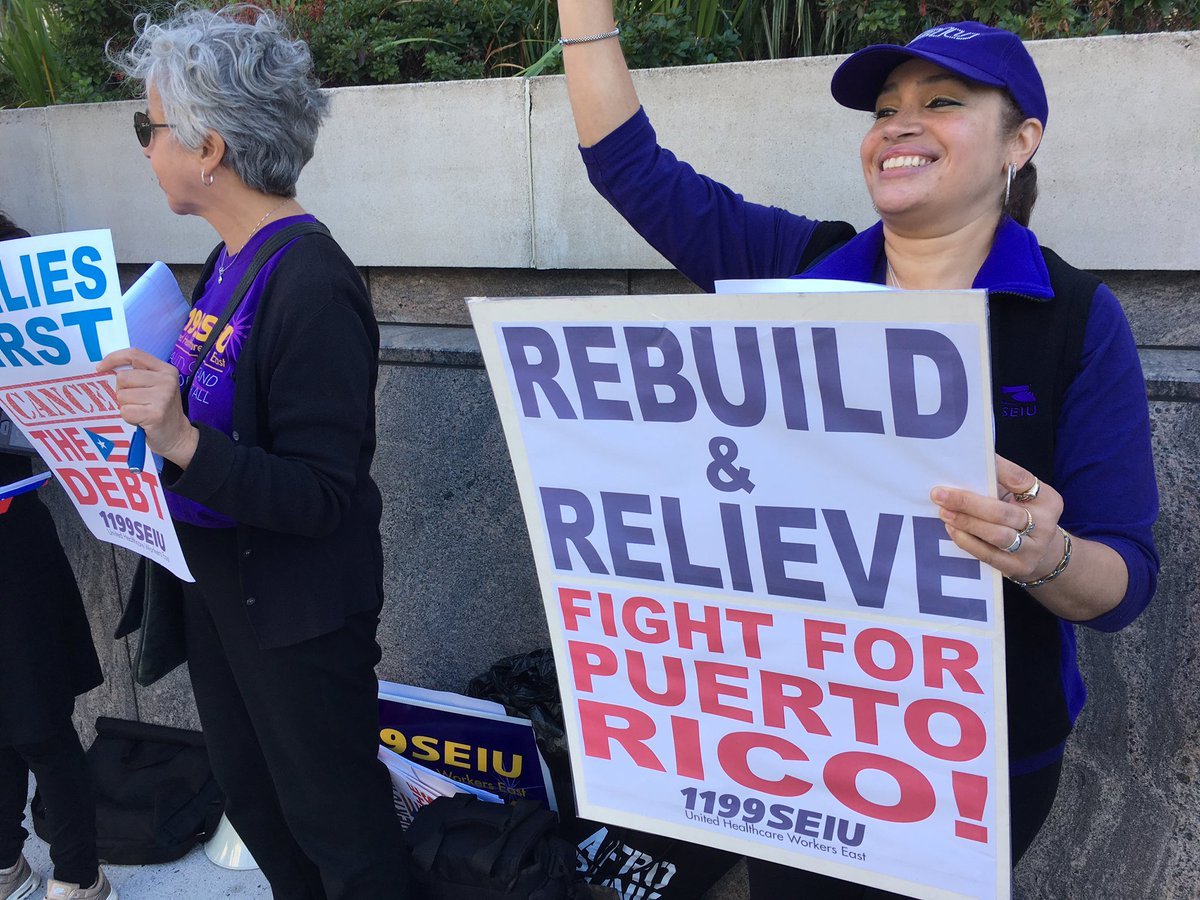 After President Donald Trump’s threats this morning to pull back first responders from the devastated island of Puerto Rico, SEIU International President Mary Kay Henry and 32BJ SEIU President Hector Figueroa issued a joint statement condemning Trump’s remarks. They also called on new Department of Homeland Security nominee Kirstjen Nielsen to publicly commit not to scale back relief efforts. “While Congress was taking its first steps to relieve the suffering in Puerto Rico, President Trump was making the situation worse with yet another early morning tweetstorm. Threatening to pull out crucial first responders while the death toll keeps increasing is unconscionable and an affront to the oath he swore on January 20,” said Henry and Figueroa in their statement.

Henry and Figueroa also criticized the bare-bones House of Representative relief bill passed this morning, saying “Unfortunately the bill passed by the House of Representatives today is the very least they could do to address the calamitous natural disasters battering our nation…. The rising death toll is a direct result of the poor response effort. SEIU members are on the ground doing everything they can to help the sick. We demand the same from our elected leaders.”