We Won’t Have Economic Justice Without Racial Justice

We are on a journey to end anti-Black racism 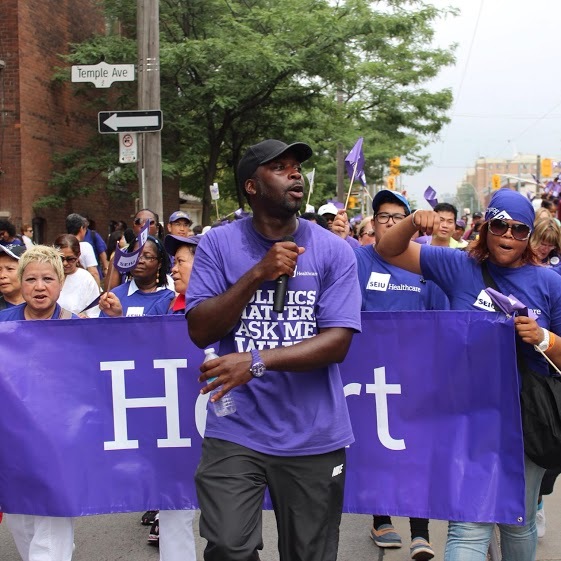 Today, at our convention, I stand proudly with my SEIU brothers and sisters at in the United States, Canada and Puerto Rico as we collectively start our journey to end anti-Black racism

My life has been filled with experiences that remind me of the cruel and inhumane treatment that Black people face daily. In elementary school, my son’s classmates called him the N-word and Oreo cookie because he has a Black father and Latina mother. My son’s white baseball coach had to convince the police that I wasn’t a criminal when my son and I were racially profiled while waiting in our car for baseball practice to begin. Before joining SEIU, I was fired from a job for filing a racial discrimination complaint.

Black people have worked hard and made countless contributions to society but that has not protected us from inequities. We have been denied access to equitable housing, education, safe communities, livable wages and healthcare while being abused by a broken and biased criminal justice system.

Canada has been our home for eight generations. My family fled to Nova Scotia from the United States to escape slavery but they did not escape the economic systems and political structures that advantage white people over Black people and other people of color. When they arrived, they were isolated from white Canadians and locked out of many opportunities for success. Slavery wasn’t alive in Canada but racism was and it has impacted us in all areas of our lives.

In Canada, Black people are suffering. The Aboriginal community is suffering. We are all suffering because of structural racism. It’s important that we recognize how things that happened hundreds of years ago are still affecting us today.

SEIU members have been fighting to win justice for all working people by raising wages and protecting our right to work together for our families and communities—but that’s not enough. We will not achieve economic justice without racial justice. The future of our movement depends on our action.

We must also look inward to ensure that as a union, we are operating equitably. Having conversations about race is tough but we cannot afford to be afraid. We all benefit when we courageously address the issues that are in front of us.

The fight to protect Black lives is very important to me. I don’t want to see the movement die and we cannot afford to sit by and not support an issue that deeply affects our members in our workplaces and at home. Achieving racial justice is how we build power for working families but it won’t be easy. We will have to work consistently and fearlessly.

We are #SEIUnstoppable and I’m proud to be a part of a union that will proudly proclaim that Black Lives Matter and then work hard to rid our society of the systems that tell us they don’t.

Join us in the movement to end anti-Black racism because everybody deserves the opportunity to participate, prosper and reach their full potential.