32BJ members have saved lives with better training and lower turnover, but there's still more to do. 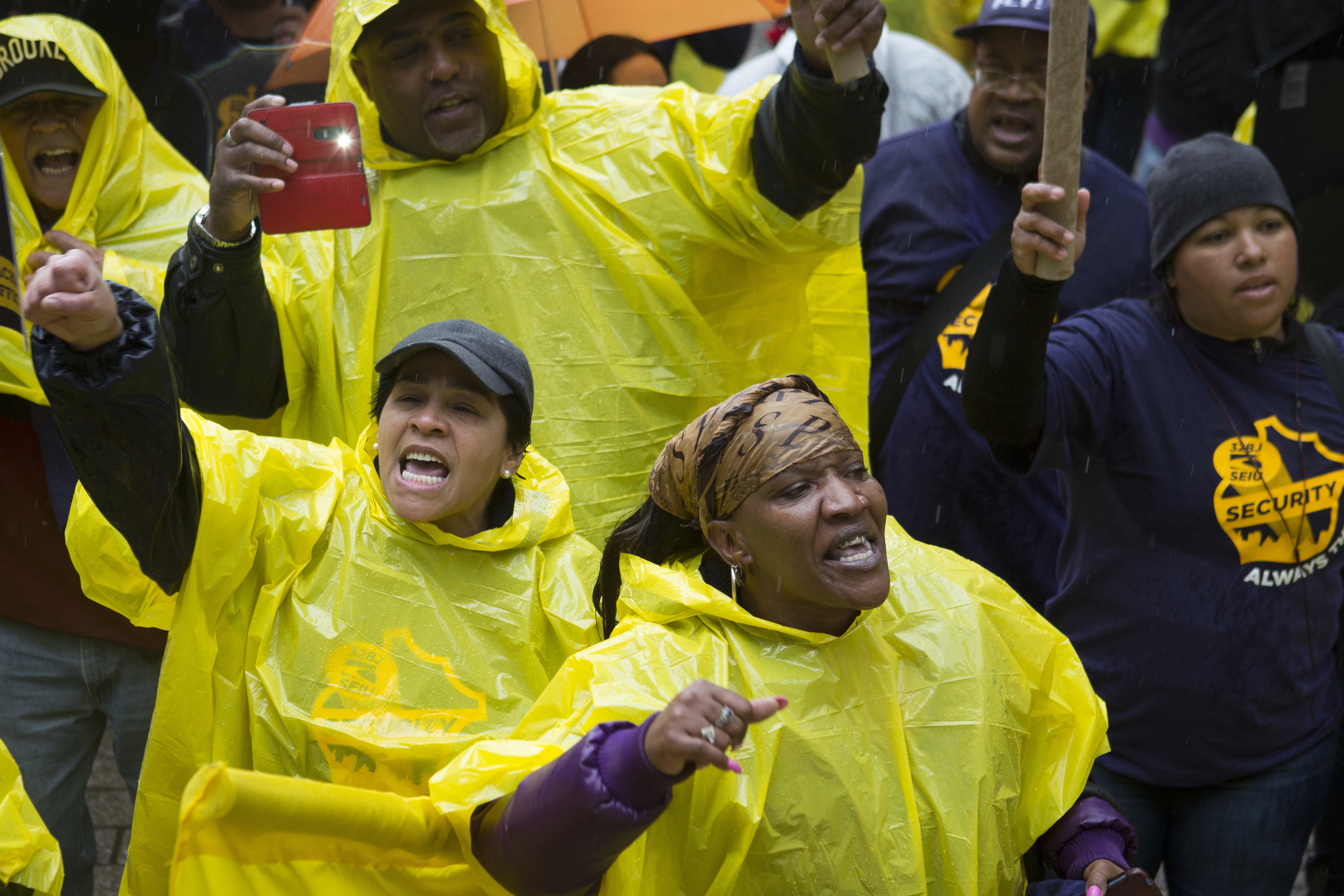 Security officers marched PAST some of the iconic buildings they usually protect in New York, Philadelphia and Washington, D.C. The security officers, who are members of 32BJ SEIU, rallied for higher wages, affordable family health insurance and higher safety standards.

Security officers across the East Coast have organized with 32BJ in the last two decades to demand improved training which has saved lives, and have fought for increased wages to help reduce turnover and keep more experienced officers on the job.

Yet there is more to do.

Half of 32BJ security officers surveyed in 2016 said they are worried about their personal safety on the job. Last year, New York security officer and 32BJ member Idrissa Camara gave his life protecting the people in his building.

“I’m always there to handle people who are very aggressive and want to fight,” said D.C. security officer Crystal Middleton, “I have to deal with a lot of arrests. We are frequently in danger because it takes a long time for help to arrive.”

“When a tenant had a seizure and passed out, I called an ambulance, made sure he was okay and calmed him down,” said Tawana Hill. “I’m always there in case of emergencies. But I need better wages to take care of my daughter and to pay my student loans.”

See more on the rallies in Washington, D.C., New York City and Philadelphia.