It's time for Gov. Snyder to take responsibility for the decisions that led to this terrible disaster

As the impact of the Flint Water Crisis continues to unfold, dozens of SEIU members and Flint residents came to Washington, D.C., to demand that Michigan Gov. Rick Snyder and the state’s Attorney General Bill Schuette be held accountable. I was honored to join these member leaders and activists as they walked the halls of the U.S. Capitol to make sure their federal representatives know the truth about what is happening in Flint and what needs to happen to make those responsible answer for this man-made disaster. 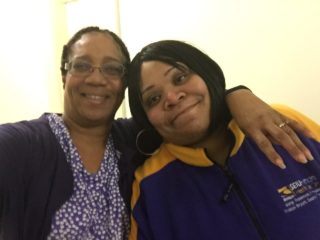 Our member leaders and the Flint residents are focused and ardent. However, even in the whirlwind of so much passion, they were remarkably clear when describing to members of Congress what led to this moment in time. Economic inequality, environmental and structural racism all met at a confluence in the city’s lead-tainted pipes. African Americans make up 56 percent of Flint’s population and 40 percent of its residents live in poverty. This man-made catastrophe would not have happened in Beverly Hills, Calif.

Despite these hurdles, SEIU members and our allies in the community are steadfast in our determination that change will happen and justice will be served. “Members of Congress know that people are suffering and they know that Gov. Snyder needs to be held accountable,” said Barbara Carr, SEIU Healthcare Michigan Executive Board Member and Flint resident.

Among the residents’ demands was for the U.S. Senate to pass the proposed Stabenow-Peters amendment to the Energy Policy and Modernization Act that would provide federal emergency funding to the Environmental Protection Agency to help fix Flint’s water supply infrastructure, hire new personnel, and cover the cost of technical assistance provided by the EPA or its contractors.

So far the governor has refused to satisfactorily handle the aftermath; not even answering questions on Capitol Hill. As U.S. Rep. Sheila Jackson-Lee of Texas pointed out, there should have been an empty seat at this important hearing for Gov. Snyder.
This preventable tragedy teaches us a valuable lesson that whomever we elect and what they believe makes a real difference in people’s lives. That’s why we must mobilize and organize to support candidates who put the best interests of our community ahead of shortsighted decisions based on convenience.

I was inspired by the leaders and residents I met. They are standing up for their communities and their city at a time of crisis. Along with them, we demand that Gov. Rick Snyder be held accountable for the series of decisions that led to this terrible calamity.