By triggering a union election, they are taking an important step in joining a national movement 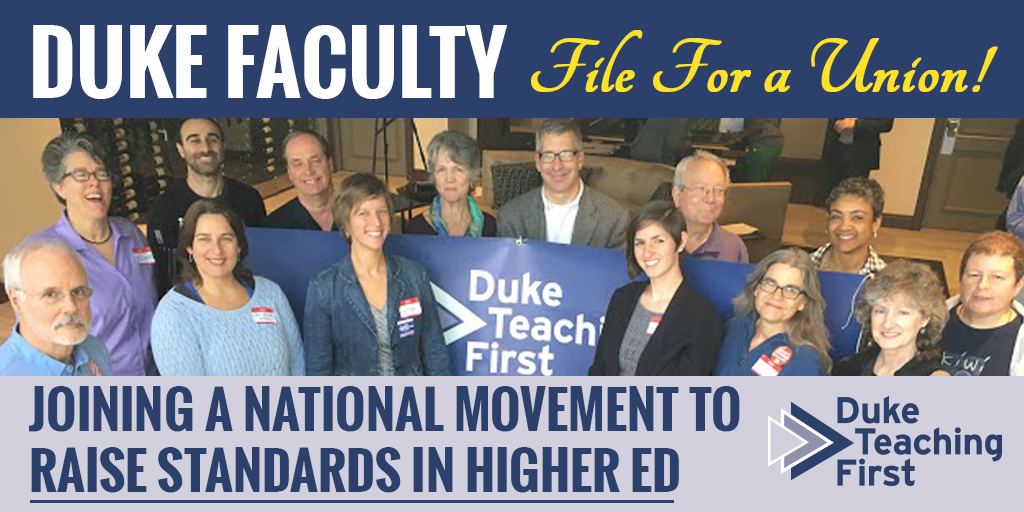 Nontenure-track faculty at Duke University in Durham, N.C., announced Thursday they have filed for a union election to join SEIU as part of the national Faculty Forward campaign to raise standards in higher education.

Even as billionaires are pushing legislation and lawsuits such as Friedrichs v. California Teachers Association to make it harder for people to join together and form unions, Duke faculty are standing up to have a voice at work and unite with a broader movement in the South. This important show of strength comes on the heels of new U.S. Department of Labor data showing  union membership in 13 Southern states grew by about 200,000 last year. In four states, including North Carolina, the increases in union membership put them in the top 10 nationally for growth.

“I'm excited that my colleagues and I are a step closer to a union by filing for an election. The filing adds to the momentum that we’ve built in the community,” said Fred Raimi, a professor of the practice in the Department of Music. “Students, faculty and Durham city leaders have all come together to show support for our efforts.”

Read more at the Huffington Post and the Raleigh, N.C., News & Observer.