The airline industry is global. So are we.

The need to organize has no borders or nationality 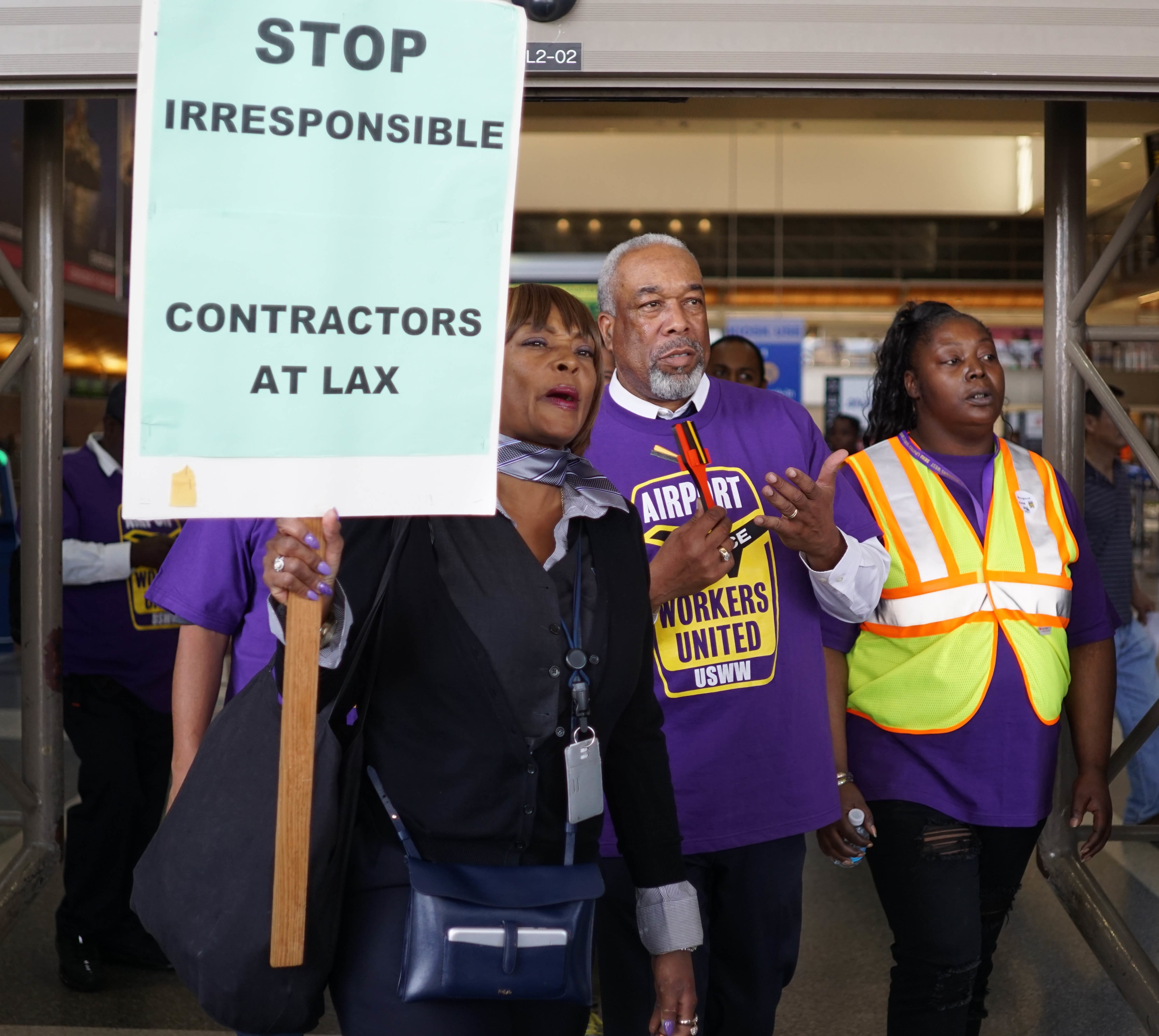 I work as a ramp agent for Menzies, a Scottish company, at Los Angeles International Airport.  At 28, I’ve already worked at LAX for ten years.

In the last few years that I have been involved in this fight I have really changed. I can see the big picture now, and I know that by organizing we can change our lives.

Last October I attended the first national airport workers’ convention in D.C.  I had the opportunity to meet other workers who do same work as me from all over the U.S. and Europe.

Ramp agents in Germany, Sweden and the Netherlands face the same issues we do.

For example, German airport workers are facing mental and physical stress because their work is intensifying. Seven out of ten ramp workers there say they have frequent back problems from loading and unloading aircraft.

Staffing cuts are happening all over the world, too.

We all need respect on the job, livable wages and safe working conditions.

The need to build power and to organize is universal. It has no borders and is not limited by nationality.